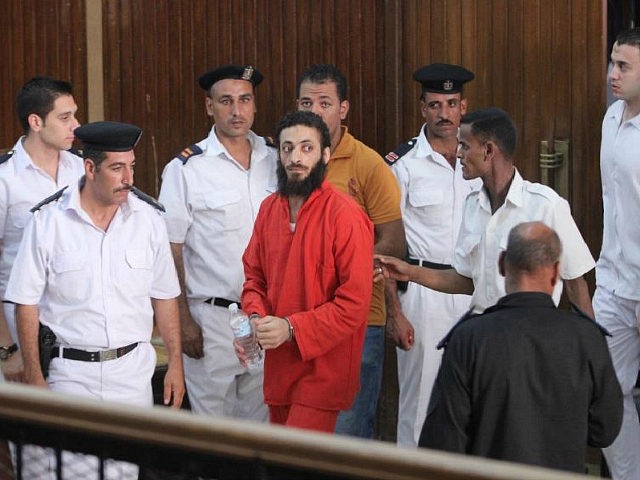 The Islamic State group vowed to trigger “a volcano of jihad” in Egypt following the execution Thursday of Abel Habara, leader of Ansar Bayt al-Maqdis, for his role in several deadly attacks.

Egyptian authorities on Thursday executed the 40-year old jihadist, convicted of involvement in a 2013 gun attack on police in Rafah, in the Sinai Peninsula, that killed at least 25 soldiers, state media reported.

Adel Habara, whose death warrant was ratified by Egyptian President Abdel Fattah al-Sisi on Wednesday night, was hanged in a Cairo prison days after a court upheld his death sentence.

Even before the execution, ISIS had warned of the consequences if the death penalty was implemented.

According to Reuters, an account of ISIS on the Telegram, a secure messaging platform, issued a threat “to the tyrant Sisi” to stop the execution because “by God, you will have ignited a volcano of jihad” if you dare.

Security is already being boosted and authorities have placed all establishments under high-alert security status, especially after the deadly suicide bomb attack in a Coptic Cathedral last week claimed by ISIS. The role of the extremist group in the attack is believed to have quicken the authorization and implementation of the death penalty.

The situation has worsened economic and financial crises, which forced the government to adopt austerity measures.

The latest threat by ISIS will further affect the once vibrant tourism sector that has been paralyzed due to security concerns and travel warnings.

The Islamic State group has been able to trigger fear in the world with its notorious atrocities that has outclassed that of the al-Qaeda network.