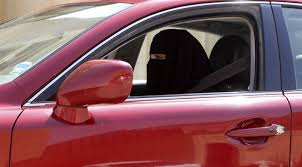 “Stop the debate: time for women to drive,” with these words wealthy Saudi Prince Al Waleed bin Talal spoke his mind on twitter in solidarity with his countrywomen who continue to be denied the right to drive vehicles.

The short tweet was followed by a detailed statement issued by Al Waleed bin Talal’s office explaining the reasons behind supporting women’s right to drive in a country where it is illegal for them to do so.

“Preventing a woman from driving a car is today an issue of rights similar to the one that forbade her from receiving an education or having an independent identity,” the statement underscores, adding that denying women the right to drive is an “unjust act by a traditional society, far more restrictive than what is lawfully allowed by the precepts of religion.”

Alwaleed went on to highlight the economic benefits that Saudi Arabia could gain if it lets its women to drive. This would reduce costs and increase growth he explained. ““Having women drive has become an urgent social demand predicated upon current economic circumstances,” he said.