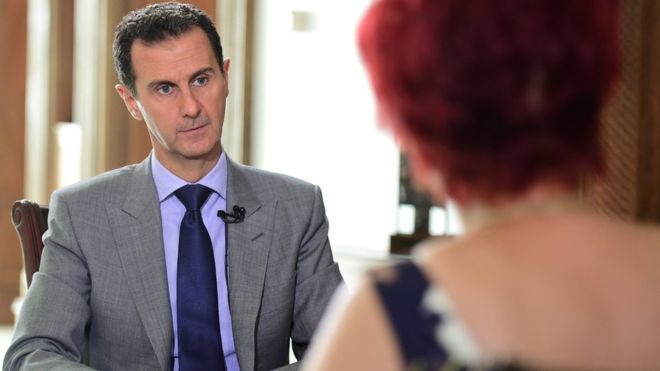 Pro-Assad forces have made significant progress in the battle to take over eastern Aleppo in their latest offensives with Director Rami Abdel Rahman of the Syrian Observatory for Human Rights stating that “the rebels have lost control of all the neighborhoods in the north of east Aleppo, and this is their worst defeat since they seized half the city in 2012.” Assad forces renewed their attacks two weeks ago and pro-government newspaper, Al-Watan, reported that the next phase will be “to divide the remaining area into security districts that will be easily controlled and to capture them (rebels) successively.” It added that the military operation will “push the gunmen to turn themselves in… or accept national reconciliation under the terms of the Syrian state”.
Rebel forces are claiming that Damascus’ latest victory is due to the support it is receiving from other countries. Egypt forces are one of them according to many reports. “For all the past years, we have resisted with the primitive means we have had, but today we’re resisting Iran and Russia”, Yasser Youssef, an official from the Nureddin al-Zinki rebel group lamented. In reference to the Egyptian forces air strikes, he added that rebel groups in Aleppo are “fighting armies and militias from every corner of the globe.”
Some of the civilians are fleeing to government controlled areas while others prefer to head to areas still under the rebels. UNHCR spokesman Scott Craig said they are “deeply concerned about the impact of the fighting on the civilian population in Aleppo” as food and fuel shortages continue.
Aleppo has been a center-stage in the Syrian war and most of the once flamboyant commercial city has been turned into ruins with the some parts of abandoned due to heavy fighting.