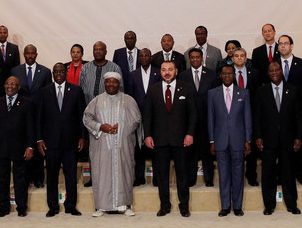 King Mohammed VI, who is visiting Madagascar within the frame of a new African tour, said he looks forwards to promoting a “strong and solidarity-based South-South cooperation” in the African continent.

“I would like to establish a strong and solidarity-based South-South cooperation between many African countries”, said the Moroccan Sovereign in an interview with Malagasy media.

The model of cooperation Morocco wants “to implement here is similar to those we have developed in many other African countries”, added the Monarch in the interview published Saturday by several Malagasy media outlets.

He cited in this regard the Speech he made in Abidjan, in February 2014, during which he said that “Africa shall trust Africa” and that “within the framework of cooperation without complexes, we can all together build the future”.

The Moroccan Sovereign who said that his country offers and shares its know-how and experience with its brethren African countries “without arrogance or feeling of colonization”, called on Moroccan companies to hire local consultants and workforce.

“I pay several visits to the countries of the continent to materialize this model of inter-African cooperation. I feel good and comfortable in this continent and I appreciate the kindness and affection shown to me by the people”, added King Mohammed VI, saying he feels “stronger pride in being an African (…) strongly attached to this continent”.

Regarding Moroccan-African relations and the importance of royal tours in Africa, the Moroccan Sovereign said “each visit to Africa is an opportunity to reconnect with the African populations that I admire and respect”.

“Morocco and Africa are one. To separate them would be an uprooting, an error”, added the Monarch.

“The challenges in Africa are great. But the women, men and children I meet during my visits give me the strength to continue. They make me proud to be African”, he went on to say.

Regarding Moroccan-Malagasy cooperation prospects, King Mohammed VI highlighted the special historical ties existing between the two countries and affirmed that Madagascar has undeniable assets to succeed.

He expressed his country’s readiness to support this African country through its ministerial departments, public companies and private sector.

In his interview, the Monarch called on the Moroccan private sector to undertake projects in Madagascar within the frame of a win-win partnership, and said he will personally follow up the implementation and evolution of joint Moroccan-Malagasy projects.

Touching on Morocco’s bid to rejoin the African Union, King Mohammed VI said : “I know the Moroccan presence in Africa and particularly my current tour are displeasing to some”.

Yet, “everyone acknowledges that we have not waited for the announcement of Morocco’s return to the AU to work and invest in Africa”, “all countries, long-time friends or new friends, particularly in East Africa, are unanimous in supporting Morocco’s reintegration in the AU”, stressed the Sovereign.

King Mohammed VI also said he is glad of “the positive feedback” received and thanked all countries backing and standing by the North African Kingdom.