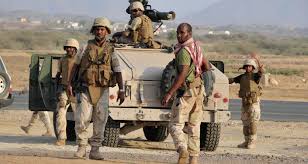 In solidarity with Saudi Arabia, Morocco strongly condemned the violations by the Houthi rebels in Yemen of the truce that entered on November 19.

The Houthi rebels continued to fire missiles on the borders with Saudi Arabia after the announcement of the truce by the Arab Coalition on November 19.

“Morocco strongly condemns the blatant violations that undermine the efforts led by the international community to find a political solution to the crisis in Yemen,” Morocco’s foreign ministry said in a statement after the breach of the truce announced by the Saudi-led Arab Coalition in Yemen.

While expressing solidarity with Saudi Arabia as it seeks to guarantee the security of its territory and protect its citizens, Morocco called for an “immediate halt of these violations that deprive the brotherly people of Yemen of necessary humanitarian aid and endanger the political process.”

In this respect, Morocco reiterates the need for upholding the parameters of the political process launched by the Gulf Cooperation Council as well as the results of the conference of national comprehensive dialogue and the resolution 2216 of the UN Security Council.

Morocco is part of the Saudi-led coalition in Yemen which also includes Egypt, Jordan, Sudan, the UAE, Kuwait, Qatar and Bahrain. The conflict escalated in March, 2015, when Saudi Arabia and its Arab allies launched a major air campaign aimed at reversing Houthi military gains and shoring up Yemen’s embattled government.