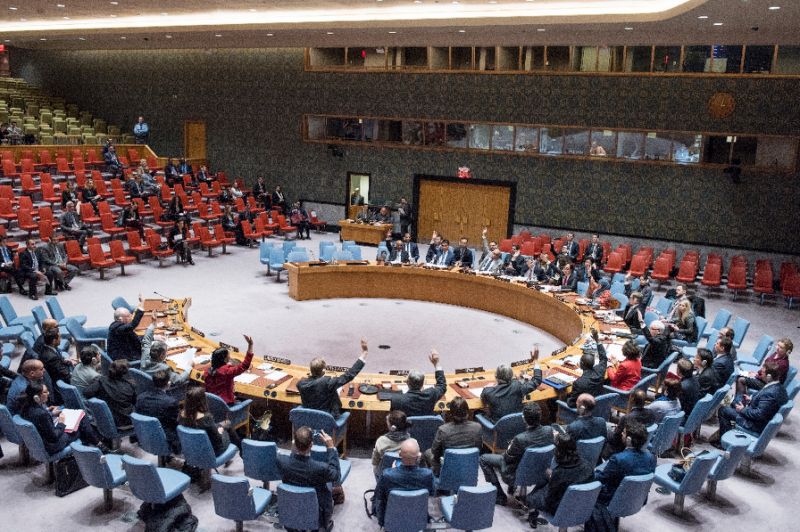 The UN Security Council unanimously voted on extending investigations aimed at identifying the perpetrators of the chemical attacks in Syria last year and requested that a report be completed within 90 days by the Joint Investigative Mechanism (JIM) of the UN and the Organization for the Prohibition of Chemical Weapons (OPCW). The mandate of the investigation team has been widened to include “terrorist chemical threat” within the region following Russia’s request.
There have been rampant reports of chemical attacks in Syria since last year and previous reports submitted by JIM held the Syrian government responsible for chlorine gas attacks while the Islamic State is said to have used mustard gas. Damascus has always denied the allegations stressing that there are no physical evidence to link it to such attacks.
Efforts by Britain, France and the USA to impose sanctions on Syria based on the published reports have been rejected by Russia at the Security Council because the findings are insufficient to warrant such actions.
Investigations carried out in the war torn country have often been challenging because of restricted access to affected areas and collaboration during the process has not been forthcoming. Both Damascus and the rebel groups have accused each other of being responsible.
Meanwhile, the upgraded version of the strategic Tupolev-95MSM bomber went on its first mission to Syria on Thursday armed with X-101 cruise missiles to destroy the strongholds of terrorist groupings, Russian Defense Ministry stated. There are also reports that the P-800 Onyx supersonic cruise missiles were also fired for the first time from the Sea onto land targets with the Russian military affairs specialist Konstantin Sivkov telling a state news agency that “this was the first time the Bastion complex, equipped with Onyx missiles has been used against targets on the ground.” He thinks it was test fire to determine “the possibility of using this weapon for land attack.”
Russia is a strong ally of the Damascus regime and has been able to prevent tough decisions being made against it at the UN Security Council.