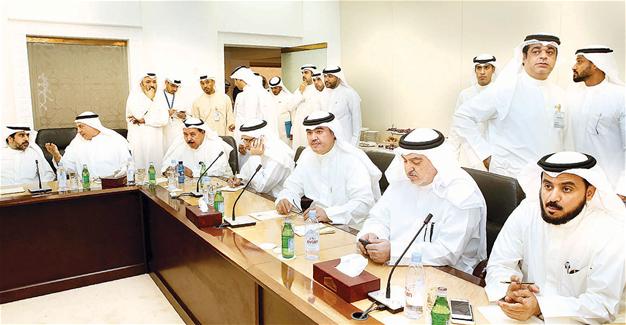 The International Monetary Fund (IMF) has warned that “further subsidy reform is critical” in Kuwait because the country’s “fiscal and external accounts have deteriorated markedly.” The implementation of austerity reforms by the government generated displeasure and the demand for more is not expected to be welcomed by the population or the next parliament that will be elected on 26 November. IMF stated that Kuwaiti authorities need to “move ahead with their plans to further rationalize energy subsidies” estimated to have accounted for around $7 billion in last year’s budget.
For the past 16 years, Kuwait always registered a budget surplus but the low oil prices coupled with its gracious cradle to grave welfare system led to a budget deficit of $15 billion in 2015. The situation forced it to introduce the liberalization of diesel and kerosene prices while increasing energy prices and water. The measures were heavily contested by the parliament which paved the way for political crisis before the parliament was dissolved. The government has projected a budget deficit of $29 billion this fiscal year.
Governor Dr. Mohammad Yousef Al-Hashel of the Central Bank said the IMF report despite calling for austerity reforms concluded that investment in infrastructure could boost economic growth in the medium term. The non-oil sectors are expected to increase by 3,5% in 2017 and they would reach 4% in the following years. “The drop of oil revenues led to a huge financial deficit in the public budget of the fiscal year 2015-2016, exceeding 17% of the GDP”, according to Hashel citing the report.
Kuwait is using its $600 billion sovereign fund as well as plans to borrow through domestic and foreign bonds to fill the deficit gap. There are also reports that the government wants to end its subsidy policy by 2020 but it could prove to be a daunting task because the most of the candidates vying for parliamentary seats are against the austerity measures.