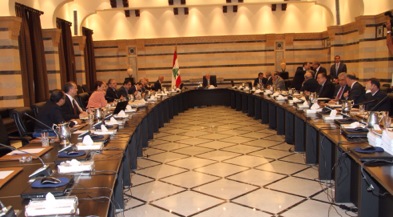 Lebanon’s political arena is in disarray as political parties that rallied behind Michel Aoun for him to be elected as President to end the presidential vacuum of more than two years battle for ministerial positions. Prime Minister-designate Saad Hariri met with the president on Monday and reportedly proposed that the size of the cabinet be reduced to the traditional number of 24 ministers instead of 30. President Aoun had slated November 22 as the deadline for the Prime Minister to establish a list of his cabinet.
Several political parties are interested in heading the sovereign ministries namely Interior, Finance, Foreign Affairs and Justice. MP Goerges Adwan of the Lebanese Forces (LF) stated on Monday that they “prefer to have the Finance Ministry or else we will exchange this portfolio with three main ministries; Health, Communication and Public Works.”
It is reported that the Amal Movement, the Future Movement, President Aoun and the Lebanese Forces will each name a minister to fill the four sovereign ministries but the proposal is being blocked by Hezbollah and the Marada Movement. There are also contrasting reports that President Michel Aoun shall name two ministers, a Shiite and a Sunni, to be part of his share in the new cabinet while Prime minister-designate Hariri and Speaker Berri shall each name a Christian minister and the Marada Movement will be represented independently of the two.
Foreign Minister Gebran Bassil of the caretaker government, also the head of the Free Patriotic Movement, said his party is focused on what it “would give” to the next government and not what it “would take” as he hinted that the cabinet will be dominated by LF. Caretaker Finance Minister Ali Khalil gave assurances that the next government will “give momentum to Lebanon’s economic and financial sectors” while acknowledging that the country is “in dire need for a push forward and for steps to reinforce confidence in it.”