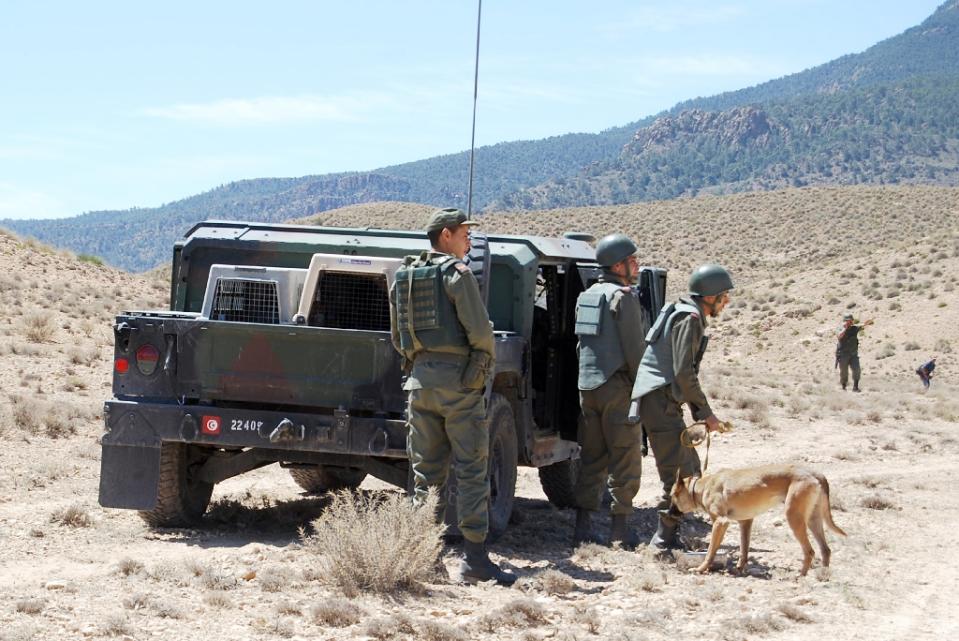 The Tunisian Ministry of Defense Wednesday announced the army hunted down and killed Talal Saïdi, the leader of IS-linked terrorist Jund al-Khilafa, which killed a Tunisian soldier in his house in the central-western region of the country.

Jund al-Khilafa assaulted service man, Saïd Ghozlani in his house near Sidi Bouzid, in the mountainous region of the country.

The Ministry said in its statement the army seized a Kalashnikov and ammunitions during the operation.

The Islamic State group (IS) had claimed responsibility for the soldier’s assassination via its news agency amaq.

Terrorists are using the Tunisian mountains of Salloum and Mghilla as safe haven to act against army forces via ambushes and landmine lying.

Jund al-Khalifa was also responsible for the beheading of a 16-year old shepherd last year on Mghilla mountain.

The North African country has been experiencing a surge in terror attacks since the 2011 revolution. Attacks have spilled to the country’s main cities.