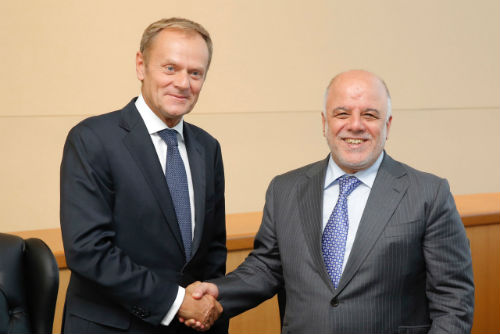 “This liberation operation marks the beginning of the end of the so-called ‘Daesh Caliphate’ in Iraq” stated Jan Kubis of the ongoing offensive assault of the Iraqi forces, backed by militia groups and the US-led coalition, to takeover Mosul.

The battle for the city began more than three weeks ago and the UN envoy for the country pointed out that after the eventual victory over the extremist group, “reconciliation at both community and national level is the way to make military victories against ISIL sustainable, to make Iraq truly peaceful and united.”

Kubis who was briefing the UN Security Council on the situation in Iraq pointed out that some of the armed groups fighting on the sidelines of the Iraqi forces have been engaged in revenge acts against ISIS militants. He urged the Iraqi government to “continue its efforts to prevent such incidents from occurring and to investigate and punish any such incidents should they occur.”

Iraqi forces have progressed faster than Prime Minister Haider Al-Abadi had projected since the operation began but the number of civilian casualties could increase because the extremist group is forcing locals to relocate inside the city of Mosul with the intention of using them as human shields, Kubis stated. The extremist group is trying to intimidate locals from cooperating with its ‘enemies’ by public displaying crucified bodies of those accused of being spies.

Around 35,000 people have been displaced by the operation to liberate Mosul and their numbers are expected to increase although relief and aid organizations are already struggling to provide the necessities to those sheltered in camps.