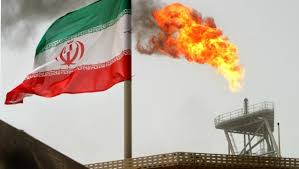 The National Iranian Oil Co. (NIOC) reached a preliminary agreement worth $4.8 billion with Total, a French energy company, for the development of the South Pars offshore gas field; one of the largest in the world.

Total’s Chairman and CEO Patrick Pouyanne said the agreement engulfs “an attractive commercial framework” and gave assurances that the company “will develop the project in strict compliance with national and international laws and looks forward to working alongside the Chinese state-owned company CNPC in this additional international partnership.”

The deal is the first of its kind that Tehran has signed after reaching an agreement on its controversial nuclear program with the so-called P5+1.

Part of the agreement that is to be finalized next year is a three-year project that includes 30 wells, two offshore platforms and two pipelines extending 136 kilometers. China National Petroleum Corporation will own 30% of the stakes while Total accounts for 50.1% and the remainder will be held by Petropars, a subsidiary of NIOC. Under the terms of the agreement, project partners will work towards finalizing a 20-year formal contract that meets the terms of post-sanctions guidelines.

Iran wants to increase its hydrocarbon output and it is hoping to be a gas production hub in the region as well as a key supplier to China, with its increasing demand, and Europe, that is trying to minimize its supplies from Russia.

Meanwhile, its exportations of crude oil are expected to fall in November for the second consecutive month because of low seasonal demand from Europe. Iran’s market share increased remarkably when it returned to the international market at the beginning of the year.