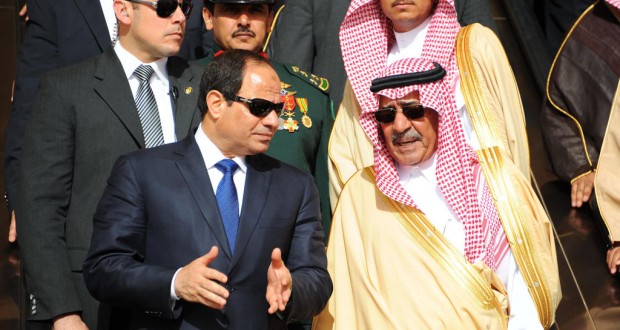 Egyptian authorities on Monday said Saudi Arabia has indefinitely halted shipments of oil products that were part of a $23-billion aid deal with the North African nation.

Following a visit by Saudi Arabia’s King Salman bin Abdulaziz to Egypt in April, Riyadh agreed to supply Cairo with 700,000 tons of refined oil products per month for the next five years but the shipments stopped early in October.

“They did not give us a reason,” said an oil ministry official. “They only informed the authority about halting shipments of petroleum products until further notice,” he said

Tension between Saudi Arabia and Egypt flared up after an Egyptian court nullified the transfer of sovereignty over two Red Sea islands to the kingdom. Things worsened after Egypt supported a UN Security Council resolution on Syria that was fiercely opposed by Riyadh.

Saudi Arabia is a leading supporter of the rebels fighting to topple Syrian President Bashar al-Assad. Egypt, on the other hand, has pushed for a political solution that might keep him in power, leaning on the Russian stand.
Egypt, which relies on imports to meet its energy needs, is now facing higher costs for gasoline and other oil products after the government decided last Thursday to allow its currency to trade freely as a step toward stabilizing an economy weakened by a dollar shortage.