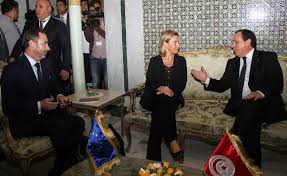 Tunisia has been struggling with an economic downturn since 2011 following the Arab Spring which deposed autocratic President Ben Ali.

Prime Minister Youssef Chahed, who took office last August, warned that the country will be forced to declare bankruptcy if nothing is done.

The Country’s unemployment rate hits a 16% record, with the number of unemployed graduates standing at around 600,000, a figure deemed superior to Egypt’s.

The EU in September announced it would double its financial assistance to 300 million euros for Tunisia. This increase, according to the bloc, will help address youth unemployment, social development and provide assistance to companies.

The country is preparing to host Tunisia 2020 international conference to attract foreign investors. The event, scheduled for the end of December, is expected to attract several billion euros of investments needed to create 400,000 jobs.