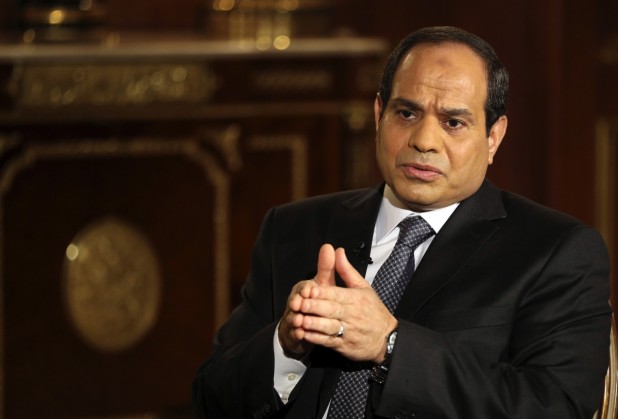 The Egyptian government and parliament voiced their anger at the remarks made last week by Secretary General of the Organization of Islamic Cooperation (OIC) Iyad Madani who addressed Tunisian President as Beji Caid ‘al-Sisi’ instead of ‘Essebsi’ during a conference in Tunis before saying that he was “sorry” for that “flagrant mistake” and adding that “I’m sure your fridge has more than just water.”

The remarks provoked fury among Egyptian officials because it is perceived as a mockery of President Sisi who said at a youth conference last week that “for ten years, my fridge had nothing but water and no one heard my voice” because “self-honor is important.” Sisi was attempting to calm the increasing tensions over the economic and financial hardships.

The Arab Affairs Committee of the Egyptian parliament said in a statement that Madani, considering his experience and current position, should be “extremely careful” in selecting his words because “OIC should be a symbol of good manners” as an Islamic organization but he has preferred to portray himself as “a man of bad manners and whims” with an “irresponsible behavior.”

The statement added that “Madani’s cheap words direct insult and mockery to Egypt’s president and people as a whole” and also an “insult” to the organization and Saudi Arabia; the country that he represents.

Madani had apologized for his remarks while hailing the Egyptian president as “an experienced Arab leader” but that has not calmed the situation as Shoukry stated that “we – the government and Egyptian people – expect that clear-cut measures will be taken to correct his behavior.”

Analysts believe the tension is being fueled by the current diplomatic row between the two countries following Egypt’s vote in support of a Russian draft resolution in relation to the Syrian war that Saudi Arabia’s Representative to the United Nations, Abdallah al-Mouallimi, said was a “painful” decision. Shortly after the vote, Aramco halted its oil supplies to Egypt.