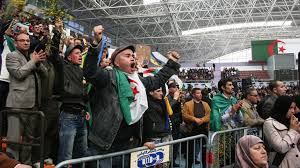 Algeria may nurse the hope to clinch the Arab Reading Challenges to be held in Dubai as the country’s candidate Mohamed Djeloud is tipped potential winner.

The child is hailed as a “genius” by the competition organizers. He reportedly read 50 books on Arabic literature, history, biographies…

The six-year old boy, the youngest at the Dubai finals, will spar with 17 other international candidates coming from countries including Egypt, Tunisia, Jordan, Morocco and Lebanon.

The finals will be staged between October 22 and 24 in the Emirati city. The competition is sponsored by Dubai government and promoted by the media group MBC headquartered in Dubai.

The competition was launched last year in September and seeks to promote reading in schools and universities in the Arab world.

The winner on October 24 will be awarded a check worth $150,000 and $100,000 accounting for his tertiary education sponsorship and another extra $50,000 cheque for members of his family, reports say.