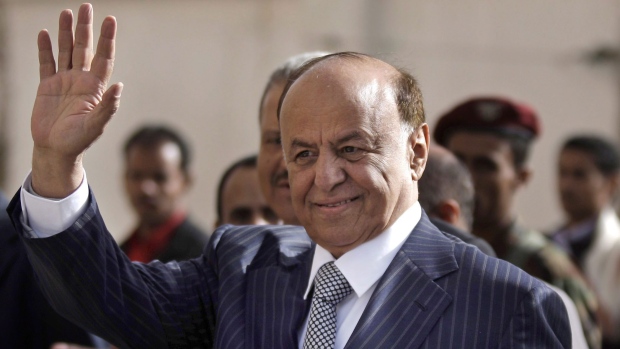 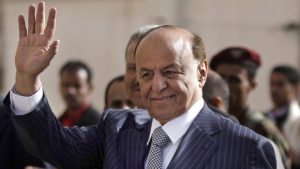 President Hadi in a presidential decree on Sunday sacked the board of the country’s central bank and appointed former finance minister Monasser Al-Quaiti as the new central bank governor.

He also moved the bank headquarters from Sana’a to Aden; a town that has been serving as the temporary capital of his government after its liberation from the Houthis. Some new ministers and government officials were also appointed in decrees issued by the president from Saudi Arabia.

Sana’a is the capital of Yemen and it has been under the control of the Houthi Movement and their allies for more than a year. There have been claims that the rebels have mismanaged the funds of the state. Therefore, moving the central bank from the area under their control would affect their source of revenue.

Yemen depends on limited oil revenues to finance state activities and there are reports that civil servants have not been paid for several months. Sources close to the rebel group have stated that moving the central bank to Aden will not be accepted and there are already plans to establish a new government in Sana’a.

Most of country’s 26 million people are concentrated in the rebel-held north but the shortage of fuel, water, electricity and basic commodities is a nationwide phenomenon. The conflict, begun in early 2015, caused widespread destruction in one of the poorest countries in the region and the relocation of the bank is expected to worsen the economic situation in the north.

Efforts to end the war have been stalled as warring parties could not agree on the steps likely to lead to a ceasefire. The Hadi-government backed by the Saudi-led coalition has pushed back the rebels but has been unable to reach Sana’a since the beginning of its military intervention in March 2015.