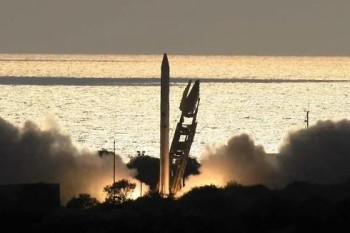 Israel launched a spy satellite named Ofek 11 on Tuesday afternoon from the Palmachim Air Force Base but the satellite has seemingly encountered some problems.

Amnon Harari, the Defense Ministry’s Director of Aerospace, actually said there are concerns that its functioning could be an issue. The messages received shortly after the launch show that the spacecraft “may indicate problems” as “there are a number of things that worry us.”

The satellite reportedly entered into orbit Tuesday but it will take some days before the problems can be identified.

Opher Doron, head of Israel Aerospace Industries (IAI), which manufactured the satellite, acknowledged that “there are a few matters that don’t seem routine. The process of diagnosing the satellite’s situation is continuing,” he said.

Amnon Harari said they are “in continued contact with the satellite and are monitoring its condition” as they are “trying to stabilize it.”

The reconnaissance satellite is expected to take high-resolution images of Israel’s neighboring countries and send them to Tel Aviv. Regional countries have not questioned the launching and its motives although Israeli authorities have released few details about the satellite.

Ofek 11 is the latest in a series of military-operated spy satellites launched by Israel since 1988. Tuesday’s launch was the 10th flight of a Shavit rocket, and eight of the rocket flights have been successful. Ofek 10 was launched in April 2014 with an all-weather radar imaging instrument. Ofek means “horizon” in Hebrew.