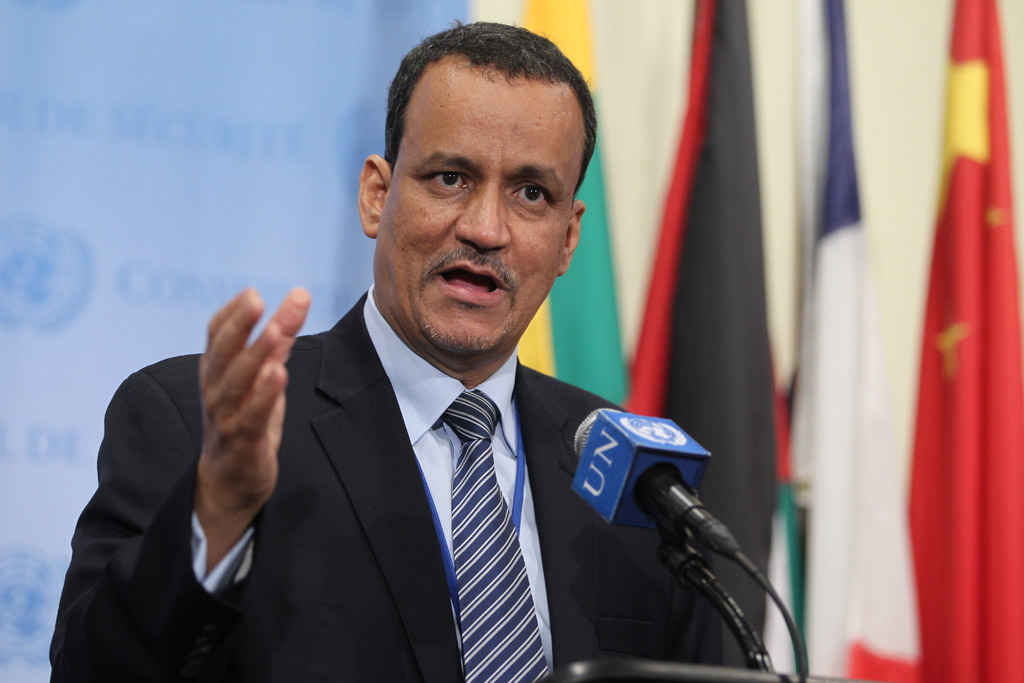 The UN Security Council urged warring parties in Yemen to work with Special Envoy Ismail Ould Cheikh Ahmed and “resume consultations immediately without preconditions and in good faith… on the basis of his proposal for a comprehensive agreement covering both security and political issues.”

The Security Council reiterated in a statement its support for the unity, sovereignty and territorial integrity of Yemen and “stressed to all parties that any new political arrangement should be the result of an agreement following negotiations under UN auspices, and not the result of unilateral actions by any side.”

The talks between the Houthi Movement and the Hadi-led government were suspended after the rebel group refused to adhere to the proposal made by Special Envoy Ismail claiming that it was not comprehensive enough since it did not include the formation of a joint transitional government but only exchange of prisoners, withdrawal from occupied territories and disarmament of armed rebel groups.

The Security Council statement expressed the “continued support for and commitment” of Ismail’s effort “in bringing the parties to negotiations with a view to reach swiftly a final and comprehensive agreement to end the conflict.” It called on the parties concerned to compliment the Special Envoy’s work by recommitting to and fully respecting the terms and conditions of the cessation of hostilities under the April 10 agreement, which entails “a complete halt to ground and air military activities.”

The more than two-year conflict has further deteriorated the living conditions of the population of one of the poorest countries in the sub-region and has left thousands of people dead. At the end of last month, an attack claimed by the Islamic State killed at least 65 people in the southern port city of Aden where the government is based after declaring it liberated.

To avoid similar attacks, the members of the Security Council are hoping that “a political solution to the crisis is essential to address, in a durable and comprehensive manner, the threat of terrorism in Yemen.”