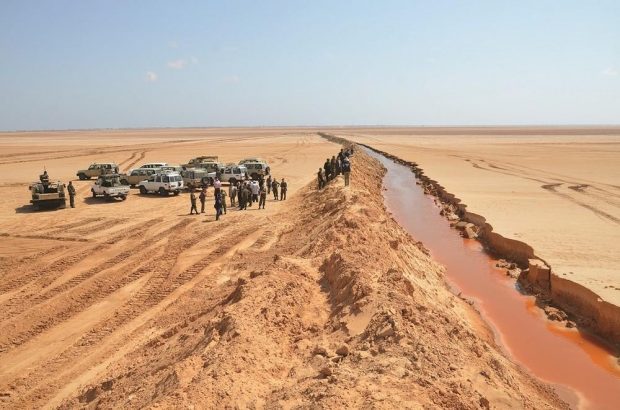 Algeria has decided to build a wall along its lengthy border with Libya in a bid to stop crossing of terrorists into the Algerian territory, reports say.

News reporting a movement of the Islamic State militants edging towards Algerian desert emerged as Libyan forces fighting under the banner of the Government of National Accord are close to defeat the terrorist group in the city of Sirte, Muammar Gaddafi’s hometown.

The Algerian Defense Ministry is planning to build a 3-meter high barrier-wall that will be equipped with barbed wire, reports say.

Algeria, which faced incursion of terrorists and arms smugglers from Libya, beefed up security presence at the border with its neighbor.

Tunisia, which faced repetitive incursions from terrorists coming from Libya, built a natural barrier along its border with the lawless country. Tunisian authorities assisted by the U.S., France, UK and Germany equipped the wall with detection devices that help spot incursion attempts.