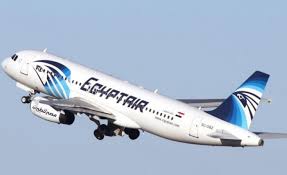 Egypt and Russia have agreed on a roadmap to resume direct flights, suspended by President Putin following the October 2015 air crash of a Russian airplane that killed all 224 onboard. Egyptian civil aviation minister Sherif Fathy said the agreement was reached after a series of security inspections of airports, hotels and resorts by the Russians.

Yet, flights remain suspended until another delegation, expected in the country before the end of the month, submits a final report to Putin, who is to make the resumption decision. Fathy explained that the situation should not be considered as a “political” impasse and the inspection visits of the nation’s airports “do not detract the state’s sovereignty.” It is a “right” reserved for all countries and Egypt exercises the same right in other countries, he said, assuring Egyptians that the security of the airports will continue to be handled by national forces.

The downing of the Russian plane, claimed by the Islamic State group, dealt a severe blow to the tourism sector.

Earlier this month, Egypt’s finance minister said the past 10 months are the worst for the tourism sector in 15 years. The government’s effort to revive the sector has been faced with insecurity setbacks, which has forced several Western countries to warn their citizens against travelling to the country.