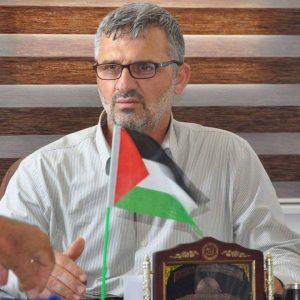 Muhammad Nazami Nasser, co-founder of the Izz ad-Din al-Qassam Brigades, made an apologetic post on Facebook regretting his actions and their consequences.

I am sorry for the “horror of hatred that lived within me toward you (other Palestinian political factions)” as well as its effects on “Palestinians within and outside” of the country and to deceased Yasser Arafat whom he described as “the immortal Palestinian president.”

He apologized for wishing in his biggest dreams that his opponents “would all be buried beneath the ground, dead and motionless” as he blamed “the devil” in him for harboring such hatred.

Analysts believe that “the devil” was in reference to Hamas and its armed faction, the al-Qassam Brigades, which he helped to create.

Nasser also sought for God’s forgiveness from “the devil” that had made him believe that “this hatred would bring me to the highest height of Paradise” and also hoped that his apology will be accepted by Palestinians even though “it may not be helpful after all this destruction and devastation against religion, the homeland and the people.”

“O God, O God, O God I have been deprived of the blessing of diversity… My homeland has been destroyed because I couldn’t comprehend the acceptance of others. And what is worse, I thought I was working with religion,” he lamented. Nasser’s hostility against Israel dates back to 1989 when, together with other members of Hamas, he kidnapped and murdered two Israeli soldiers making it the first of its kind in the Israeli-Palestinian conflict.

Circumstances that led to the change of his ideals are still unclear but there are reports that he is now part of the ‘Wataniyyin’ political movement, which has former Fatah and Popular front for the Liberation of Palestine (PFLP) members in its ranks striving to reconcile Palestinian factions.