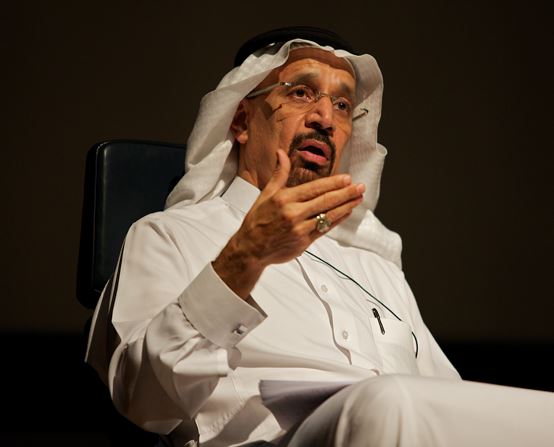 Saudi Arabia’s Energy Minister Khalid al-Falih has hinted that an agreement “to stabilize the market” could be reached at next month’s International Energy Forum.

The ministerial meeting to be held on the sidelines of the Forum presents “an opportunity for OPEC and major exporting non-OPEC ministers to discuss the market situation, including any possible action” that would help boost prices, the Saudi Energy Minister said.

There are concerns that oil prices could further dive as producers increase their output. Saudi Arabia announced a record output of 10.67 million barrels per day in July. Minister Falih explained that the increment was due to summer demands and requests from customers. He claimed that the market is on the right track towards rebalancing but he quickly added “the process of clearing crude and products inventories will take time.”

Oman’s oil and gas minister Mohammad bin Hamd al-Rumhy said earlier this week that they will not be attending the forum because they are “disappointed by the group’s failure to address the issue of low oil prices.” He lamented, “we are moving into difficult times, and others still believe that everything will be fine.”

Major oil producing countries are divided over freezing production to boost prices and Falih said “the large shoot positioning in the market has caused the oil price to undershoot. However, this is unsustainable. To reverse the declines in investment and output, oil prices have to go up from the current levels.”

The minister’s statements made in a question-answer interview with the state news agency, helped oil prices to make a gain of more than 3% reaching $45.5 per barrel for Brent crude.

Analysts are however pessimistic that an agreement will be reached during the three-day forum to be held in Algeria because some countries are unwilling to freeze production.