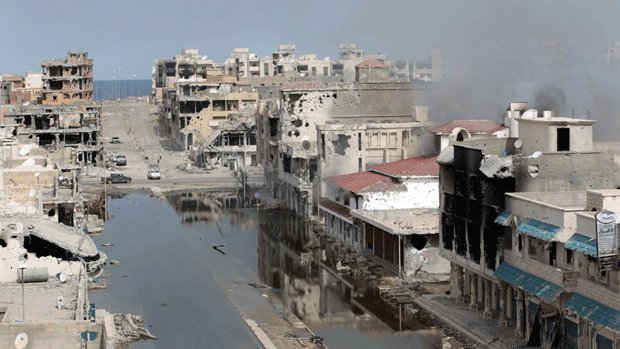 Prime minister-designate of the Government of National Accord (GNA) and head of the Presidency Council, Fayez Serraj, has stated that forces loyal to his government, with the continuous support of American airstrikes, will take over Sirte “within a few weeks” while calling for the supply of “more sophisticated weapons for the street battles.”

The Libyan forces have taken over the Ouagadougou conference center used by the Islamic State as its headquarters and sources at the Bunyan Marsus Operations Room said they are “preparing to announce the total liberation of Sirte in the next two days at most.”

The Mayor of the coastal city Mokhtar Khalifa said “70%” of the city has been freed and “it will soon be completely free.” IS took over the city in June last year but has now lost control of the southern and western parts to the advancing forces. The extremist group was also ousted from the Ibn Sina hospital and the city’s university.

IS fighters are said to be still holding positions in three residential areas and in a villa complex near the sea.

General Mohammad al-Ghassri, spokesman of Bunyan Marsus said the battle is at its “final phase” with sources claiming that they are “pursuing the last remnants of IS in the city, who have been dispersed and their organizational capabilities destroyed.”

Since the US began supporting them at the beginning of the month, the forces loyal to the UN-backed GNA have made noteworthy advances.

Meanwhile, the chairman of the National Oil Corporation, Mustafa Sanalla, is worried about the aftermath of the crisis as he deplored that UN special envoy Martin Kobler “contaminated the name of the UN inside Libya” by reaching a payoff deal with Ibrahim Jadhran, leader of one of the militias blocking Libya’s oil ports, to liberate these ports. He claimed the deal could increase blockades and demands for ransom by armed groups. “My frustration is that this country can be, and was, so wealthy. The country has descended into poverty and we cannot send money to the treasury. The deficit last year was 40bn dinars – all because of the oil blockade designed to support one militia or another”, he concluded.