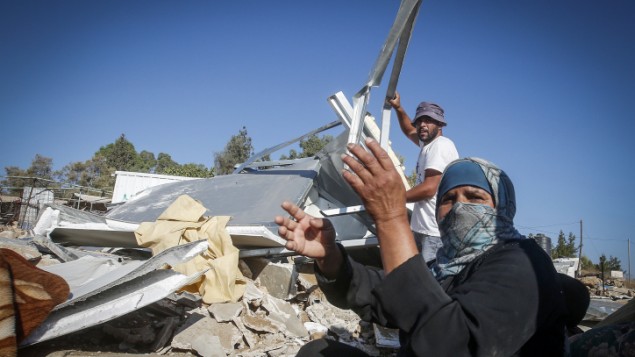 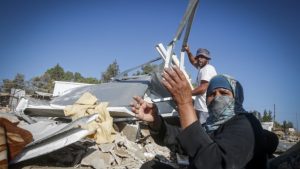 France, the EU and the United States have fired shots at Israel this week following demolition on Tuesday of Palestinians’ homes in the West Bank.

Israel Tuesday razed three shelters and two structures located in the village of Umm el-Kheir, in Palestinian Area C, claiming the dwellings were illegally built in the Israeli settlement of Carmel in the South Hebron Hills.

Some 27 people including 16 children have been left homeless after the demolition according to the Israeli Human rights organization, B’Tselem.

“France condemns the Israeli army’s destruction of several structures funded by France in the Palestinian village of Nabi Samuel (West Bank) on August 3,” the French government said in a statement.

“This is the third time that buildings funded through French humanitarian aid have been demolished or confiscated by Israeli authorities since the beginning of 2016, and notably follows the dismantling of a school in February.”

Washington also sounded the alarm criticizing Israel for the action that it described as provocative and calling into question Israel’s drive towards peace with the Palestinians.

“We remain concerned about the increased demolition of Palestinian structures in the West Bank and East Jerusalem, which reportedly have left dozens of Palestinians homeless, including children,” said spokesperson Elizabeth Trudeau during a press briefing.

“We believe that this is part of an ongoing process of land seizures, settlement expansions, legalization of outpost, denial of Palestinian development,” she said.

Israel has engaged in systematic demolition of Palestinians’ houses claimed to have been built in Israel-controlled Palestinian lands or houses belonging to Palestinian fighters flagged by Israel as terrorists.

EU ambassador to Israel Lars Faaborg-Andersen in July chided Israel for the destruction of 170 EU-funded structures of a value of €300,000 since 2009. According to the diplomat, 600 structures, worth over €2.3 million, have been served with demolition, stop-work or eviction orders and are therefore under threat of demolition.

Some 91 houses sponsored by the EU in 2016 and 70 in 2015 have been razed out over the past two years, Lars Faaborg-Andersen reportedly said on July 27. He assured that the EU would continue funding Palestinians’ housing in Area C despite the tension it generates with Tel Aviv.