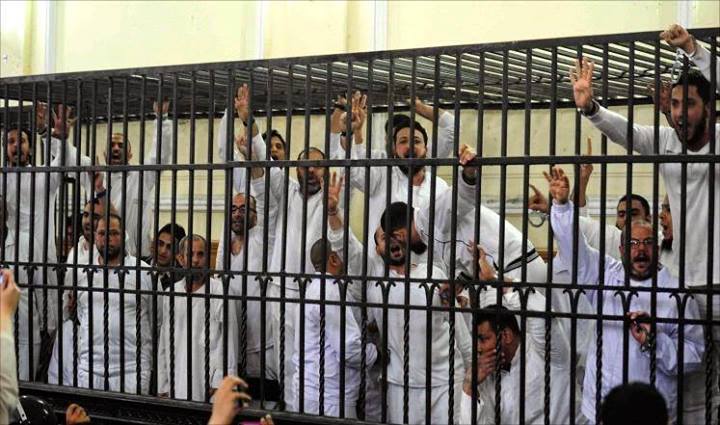 Egypt’s Foreign Minister and the Egyptian parliament, leaned towards President al-Sisi, have criticized the United Kingdom’s readiness to grant asylum to members of the banned Muslim Brotherhood if they are able to prove that their lives are at risk. Foreign Minister Sameh Shoukry in a statement relayed by local media indicated that the move could harm relations between UK and Egypt.

The UK’s Home Office issued earlier this month a new asylum guidance offering members of the Muslim Brotherhood the chance to apply for political asylum in UK if they can prove that “their lives are under threat of persecution in Egypt.”

The persecution threats include detention where there may be a risk of ill-treatment, unfair trials and disproportionate punishment, reports say.

“Many hundreds of Muslim Brotherhood members have been killed or injured during protests, while thousands have also reportedly been detained, some in unofficial places of detention,” the Home Office guidance said.

“There are also reports of Muslim Brotherhood supporters dying in police detention, instances of persons tortured to death and other allegations of killings in prisons and detention centers,” the guidance stated adding that “death sentences have been handed down to senior leaders in the Brotherhood for charges that include violence, espionage and jailbreak.”

For the Egyptian Foreign Minister the UK’s assertions are unfounded. He said Egypt has always briefed its international partners about crimes committed by the now-banned Muslim Brotherhood, including terrorist acts that target security forces and citizens, Al Ahram reports.

The Muslim Brotherhood has been banned since 2013 and the organization’s assets frozen by the state. Authorities have flagged the organization as a terrorist organization. Hundreds of its figures, including deposed President Mohamed Morsi, have been put on trial, and thousands were reportedly killed in state crackdown.

The parliament, dominated by al-Sisi’s supporters, has also lambasted the UK for the new guidance and called on London to revise its decision. “British society will suffer greatly if it lets extremist Brotherhood ideology into the country, and will regret making the decision,” MP Dalia Youssef told reporters.

“The documents issued by the British Interior Ministry contained false information and disregarded that detained group members in Egypt have committed acts of violence and terrorism against Egyptians,” she said.