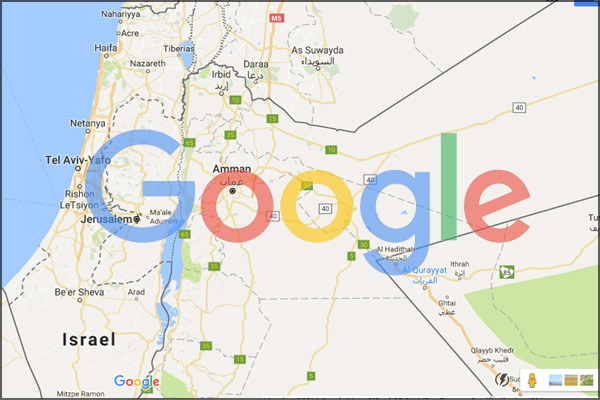 US-based internet giant, Google, is being scolded by pro-Palestine internet users after Palestine was removed from Google Maps and replaced by Israel.

An internet petition described the move as a “grievous insult” and questioned the company’s role in the Israeli-Palestine conflict. “Whether intentionally or otherwise, Google is making itself accomplice in the Israeli government’s ethnic cleansing of Palestine,” the petition reads.

Palestine is replaced by a blank map of Israel with the areas of Gaza, Judea and Samaria included in the map.

The Palestinian Journalists’ Forum said in a statement, the replacement “is part of the Israeli scheme to establish its name as a legitimate state for generations to come and abolish Palestine once more.” Google has not given any explanation and it is yet to rectify the changes but the statement from the Palestinian journalists claimed that “the move is also designed to falsify history, geography as well as the Palestinian people’s right to their homeland, and a failed attempt to tamper with the memory of Palestinians and Arabs as well as the world.”

The territory under the control of Israel has grown over the years since its creation as a homeland for the Jews while Palestine systemically continues to shrink. The total territory claimed by Israel is not recognized by the international community and its continuous occupation of Palestinian territories has been fueling the decades-long hostilities.