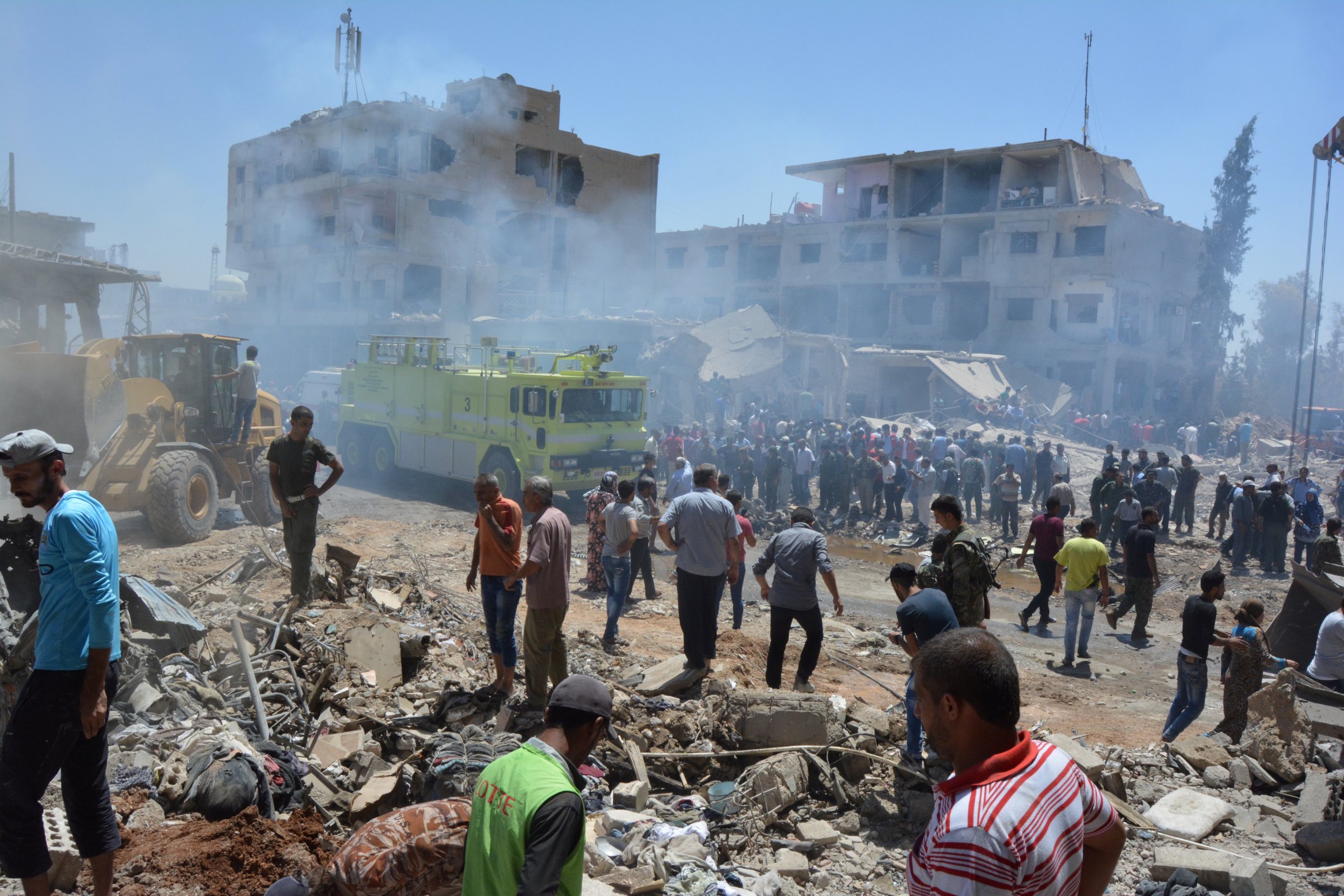 Qamishli, referred to as the capital of self-declared autonomous Kurdish state on Syrian territory, suffered its first major attack with a truck bomb that killed at least 40 people and injured more than a 100.

The Islamic State claimed responsibility for the attack as “a response to the crimes committed by the crusader coalition aircraft” in the town of Manjib where the Kurdish Syria Democratic Forces are fighting.

Joan Ibrahim, commander of the Kurdish security forces, promised to revenge the “dirty” attack on the city.

According to IS, the attack targeted a complex of Kurdish administration buildings, including the defense ministry. The area is considered as a secure zone and that has raised questions as to how the truck came close to the area amid several checkpoints. The town is close to the Turkish border and is dominantly in the hands of the Kurds but pro-Assad forces control the airport.

Director Rami Abdel Rahman of the Syrian Observatory for Human Rights said the “blast is the biggest in Qamishli in terms of both the toll and the damage since the beginning of the war.” Rescue workers are still trying to help those trapped under the rubble and also pull out dead bodies. IS has attacked several Kurdish cities in the past but Wednesday’s attack seems to be the most fatal in a single explosion.

Kurdish fighters have been very influential in the fight against the IS and they have proven to be the most successful ground force in terms of reclaiming and controlling territories from the extremist group.

IS-linked militants have increased the scope of attacks in several countries especially in the Middle East and Europe. Their tactics can simply be benchmarked as kill as more people as you can regardless of them being civilians or serving in the military.