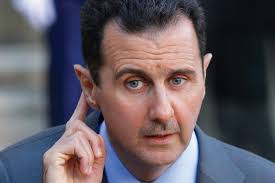 President Assad stated that talks with one of its major allies in fighting terrorism has never touched on his leaving power but rather focused on fighting terrorism, as he stressed that only Syrians will determine who will be their leader.

“Only the Syrian people define who’s going to be the president, when to come, and when to go” Assad told NBC News, asserting that Russia “never said a single word regarding this.”

Syria has been torn by war for the past five years and rebel groups want the President to step down from power.

The Syrian president alleged that the US is “not serious” in its fight against terrorist groups because, he said, Washington “wanted to manage those groups in order to topple the government.” He credited Russian forces for their contribution in fighting terrorism as the Syrian Government began recovering territories following Russia’s intervention. Assad said Russian politics is “not based on making deals. It’s based on values.”

A confident Assad vowed that it “won’t take more than a few months” for his forces to take full control of Syria if it wasn’t for the support given by other states to the rebel groups.

He also discouraged travelling to Syria illegally, saying that Sunday Times reporter Marie Colvin who was killed in 2012 “came illegally… worked with the terrorists” and “she’s been responsible of everything that befell on her.” Colvin was reporting from the rebel-held area of Baba Amr, in Homs, when she was killed by government artillery.