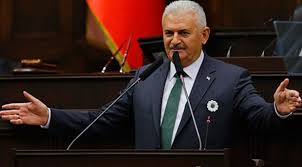 Prime Minister Binali Yildirim is pursuing his approach of Turkey needing to “increase its friends and decrease its enemies” since coming to office in May and his latest statement called for the renewal of ties with Syria.

“It is our greatest and irrevocable goal: developing good relations with Syria and Iraq, and all our neighbors that surround the Mediterranean and Black Sea,” he stated.

Turkey has been a strong critic of the Syrian regime since the war against President Assad’s government began in 2011. Ankara severed diplomatic ties with Damascus and has repeatedly stressed that Assad must leave power and cannot be part of a post-war government.

Yildirim argued that to “normalize relations” with Syria is important because, he said, “for the fight against terrorism to succeed, stability needs to return to Syria and Iraq.” Turkey has been marred with a wave of terrorist attacks over the past few months some of which having been claimed by rebel Kurdish groups. “I am sure that we will return (our) ties with Syria to normal. We need it” the prime minister confidently said.

Damascus has not reacted to the Prime Minister’s remarks and Turkish officials have claimed that the normalization of ties will not signify a change of policy.

Last week, Turkish president Recep Tayyip Erdogan announced that the path to Turkish citizenship would be open to Syrians who meet several criteria including having no links to terror groups. An estimated 3 million Syrians are living in Turkey, which also serves as a base for Syrian opposition and rebel groups against Assad’s regime.