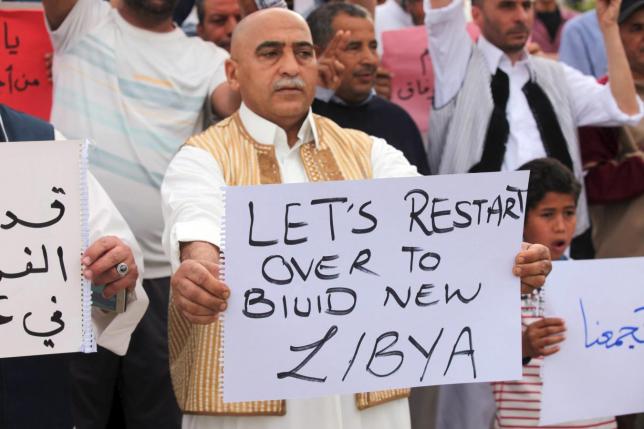 The UN-backed Government of National Accord (GNA) on Tuesday moved from the naval base in Tripoli to the official government building.

But Prime Minister Khalifa Ghwell of the Tripoli-based National Salvation Government (NSG) stated that the GNA forced its way into the building. He stressed that GNA should pay for the damages it caused during the process and demanded that the Attorney General opens an immediate investigation in what he called “the illegal occupation” of the premises.

GNA Prime minister-designate, Faiez Serraj, was at the ceremony and held a meeting in the Government headquarters.

GNA has been based at a naval base in Tripoli since its arrival in the country on March 30 via Tunis.

Koni told reporters that operating within the building marks “the real start” of the cabinet’s work. He renewed GNA determination to unite the rival governments in Libya.

Koni gave assurances that the government will work towards surmounting the challenges that the country is facing such as the threat posed by the Islamic State, cash shortage, disruption of power and the ongoing issues of corruption and finances. Ghwell and his supporters who were operating at the Government headquarters in Tripoli as well as in Misrata are unlikely to cooperate with the GNA.

The GNA is supported by some Western and Arab countries but its authority on the ground is limited due to the contestation of its legitimacy by the NSG and the House of Representatives (HoR) based in Tobruk.

GNA needs a vote of confidence from the HoR in order to officially start its work but differences amongst HoR members over the Libya Political Agreement reached in December have delayed the process.