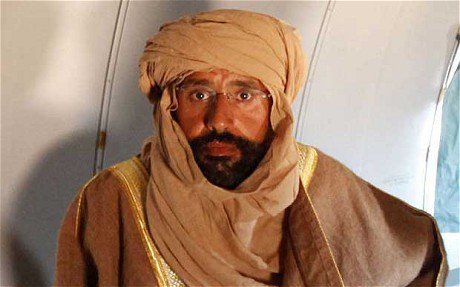 “We deny that Saif Islam has been released,” a Zintan military source told Reuters.

The denial comes as one of Saif al-Islam’s lawyers Karim Khan told French France24 on Wednesday that his client has been released since April.

French Le Monde also relayed the information citing Libyan sources as saying that Gaddafi’s son had been seen moving scot-free in the town in September.

The media reports said Saif al-Islam was granted pardon under an amnesty law voted by Libya’s internationally recognized parliament, the Tobruk-based House of Representatives (HOR) in September. The general amnesty, meant to promote peace and national reconciliation, did not exclude members of Gaddafi’s circle.

Saif al-Islam, the second in command during his father’s reign, was arrested in October 2011 while on the run, attempting to reach Niger.

He was tried in absentia in Tripoli in July last year for the killing of protestors and was handed death sentence along with 37 other people. His sentence has not been applied as the Zintan militia refused to hand him over to Tripoli then authorities.

Saif al-Islam is also wanted by the International Criminal Court (ICC) for war crimes. The Hague-based court has put pressure on Libya’s UN-backed Government of National Accord (GNA) to transfer him to the Netherlands.

The GNA, at odds with HoR, has slammed Saif’al-Islam’s alleged release.