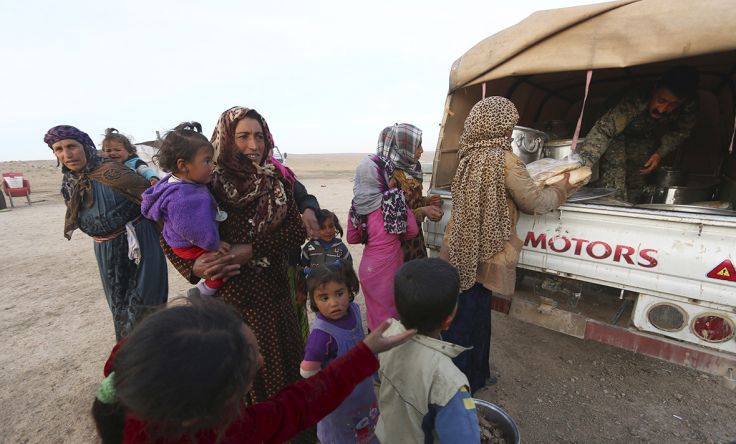 A report published by Amnesty International alleged that armed Syrian rebel groups fighting against the Assad regime have “committed serious violations of international humanitarian law, including abductions, torture and summary killings” on children, Christians, Kurds, peaceful human rights activists and lawyers. The 35-page report entitled “Torture was my punishment” lamented that both the Syrian government and rebel groups are yet to be held accountable for their actions. Some of the rebel groups are believed to have the support of governments such as Qatar, Saudi Arabia, Turkey and the USA, despite evidence that they are committing war crimes.

Groups such as Jabhat al-Nusra, the al-Shamia Front and the Ahrar al-Sham Islamic Movement are reported to have established sharia-based “justice systems” in their controlled areas with some judges having no knowledge of the Sharia law.

Amnesty International’s Middle East and North Africa Director Philip Luther said the armed groups are sensitive to criticism and “many civilians live in constant fear of being abducted” if they disregard the imposed rules or question the group’s actions. “In Aleppo and Idlib today, armed groups have free rein to commit war crimes and other violations of international humanitarian law with impunity”, he said. The two cities have been controlled by pro-government forces, rebel groups and extremist militants.

Assad regime has often been condemned by the international community for its actions against civilians but the report outlined that “same methods of torture that are routinely used by the Syrian government” were also being practiced by some armed groups.

Some of the civilians who spoke to Amnesty said they have often rejoiced when rebel forces took over their cities from pro-Assad forces but they later realized that their “escape from the brutal Syrian government rule” is replaced by armed groups that increasingly take “the law into their own hands and commit serious abuses.”