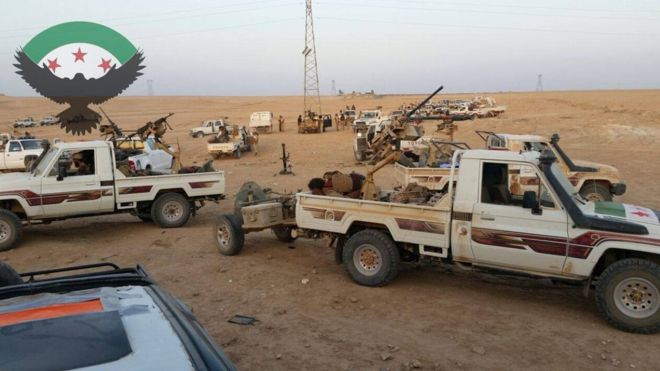 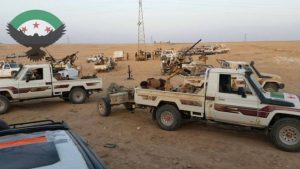 Less than 48hours after losing the Hamdan airport base to the New Syria Army (NSA) early Wednesday morning, the Islamic State launched a counter-attack and recaptured it Friday signaling the strategic importance of the base, close to the city of Al-Bukamal.

A spokesman for the NSA said more than 40 of their forces were killed and they “retreated to avoid further losses, as the ISIS radical group brought huge military reinforcements to the area.”

The rebels are said to have been taken by surprise in an ambush. A released statement from the NSA explained that their “forces successfully departed at the conclusion of the raid” to their base in al-Tanf but vowed that operations to remove the extremist group will continue.

The rebel group has also tried to downplay the loss of the Hamdan airport base with spokesman Muzahem al Saloum stating that “the goal was not to take over the town of al-Bukamal but to engage Deash in the deserts… and strike a blow against them near the city.”

The extremists’ determination to retake over the base highlights its importance to them because controlling the area has helped to erase physically the border between their controlled territories in Iraq and Syria. It also serves as a main transit point. Amaq news agency, a media house affiliated to IS, reported that “spies” working for the NSA have been beheaded and 15 rebel fighters have been captured.

The NSA offensive on Bukamal earlier this week also included other rebel groups. NSA is said to have been created 18months ago and its troops trained by the U.S.