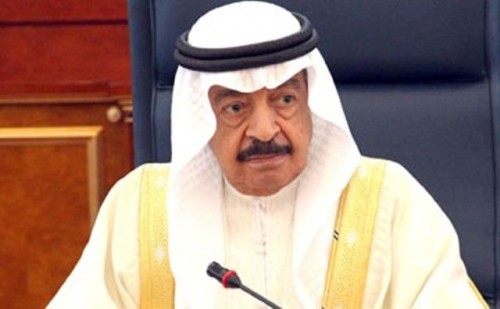 The feeling of insecurity and terrorist plots was highlighted by Bahraini Prime Minister Salman Al Khalifa during an encounter with senior state officials and other personalities as he emphasized the need to be “cautious and vigilant and take necessary measures to preserve the security and stability of our country and its people” because “there are agents who are operating under various covers to serve the interests of external sides.”

He stressed that the government will not relax its policies despite concerns from other countries because “there is no turning back or leniency regarding terrorism.”

For the past couple of years, Bahraini authorities have voiced their concern over terrorism coupled with Iranian and Hezbollah’s interference in the country’s domestic affairs. Bahrain stripped Shia Cleric Ayatollah Isa Qassim of his citizenship last week and both Iran and Hezbollah warned that it could lead to severe consequences for Manama which could incite armed resistance and set fire to kingdom.

A UN Advisor also criticized the decision prompting a rejection of his statements as “interference in Bahrain’s internal affairs and a breach of his mandate as advisor” by the Permanent Representatives of the Gulf Cooperation Council in a letter addressed to UN Secretary-General, Ban Ki-moon.

Besides the Gulf Cooperation Council member states, several other countries have expressed backing to Bahrain’s endeavors to preserve its security and stability.

Prime Minister Salman said “what is going on around us will strengthen our determination and resolve to carry on the development process for the interests of the homeland and its people.” “We are on the right track, and we will remain strong and determined to achieve the interests of Bahraini citizens,” he said adding that Bahrain will continue its consultation approach with its citizens to face domestic challenges.

Majority of Bahrain’s population are Shias and they claim that they are being sidelined by the Sunni minority that controls power and enjoys the support of regional Gulf States.