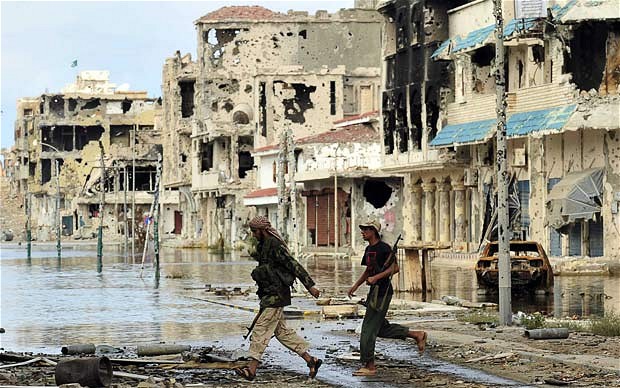 Forces loyal to the U.N-backed Government of National Accord (GNA) suffered a huge a casualty on Tuesday although they claim to have captured some residential districts in Sirte.

At least 34 of their forces were reported killed and 100 wounded in clashes with the Islamic State group in and around the city.

The GNA issues a statement claiming that militants of the extremist group “are besieged in a small area of Sirte” and their loyal forces have been able to repel “all attempts.”

Spokesman Rida Issa of a government-backed brigade composed mainly of fighters from the western city of Misrata said they have taken over and secured several neighborhoods and infrastructures in the coastal city such as the electricity company headquarters, TV and radio building, Number 2 neighborhood and Bin Hamel mosques.

The loss of the radio station is expected to affect the Islamic State’s propaganda efforts because it had used it to broadcast speeches of Abu Bakh al-Baghdadi, its so-called caliph.

“Our forces are combing the 700 neighborhood after fierce clashes”, Rida Issa stated.

Sirte is the headquarters of the Islamic State in Libya and losing it could be the beginning of the end of the group in North Africa. The extremists have increased their resistance lately with snipers, mines and car bombs as they continue to hold several pockets in the city.

GNA is trying to coordinate the different militia groups fighting against the Islamic State through several operation rooms but it is yet to have control over their actions and around 200 loyal forces have been killed and hundreds wounded since the assault on Sirte was launched.

Meanwhile, the deadliest scene on Tuesday took place almost 50kilometres away from Tripoli in Garabulli were a blast ripped through an arms depot killing 29 people and the toll is expected to rise. The victims include militiamen and armed residents who were fighting.