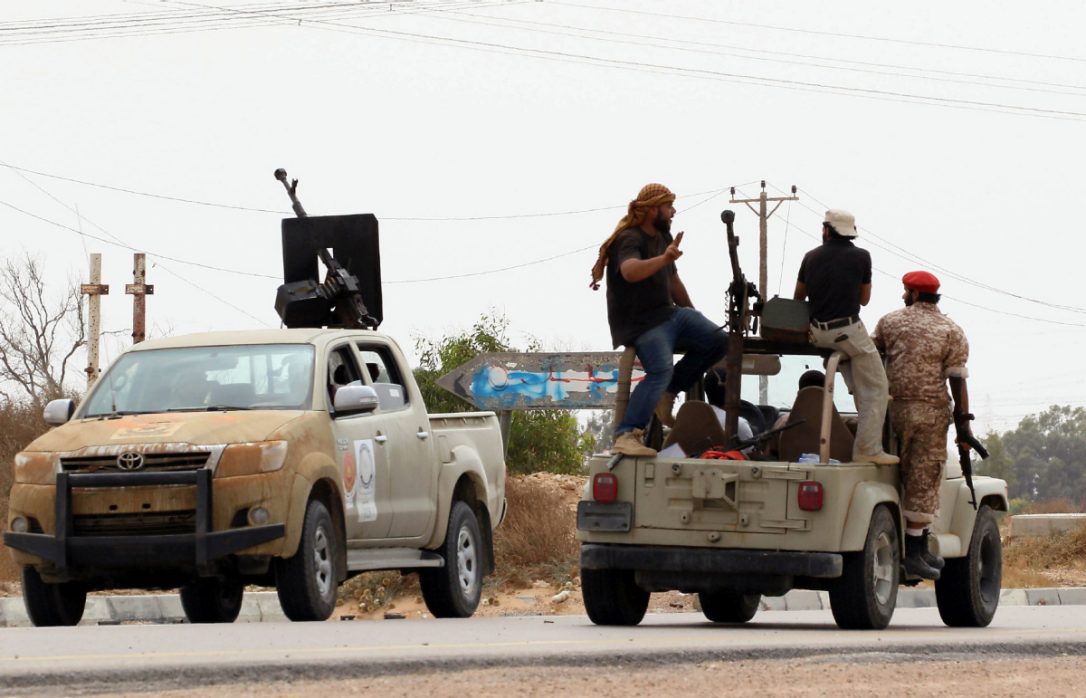 Several countries, including the United States and France expressed delight over the military progress of the Libyan “regular forces” against the Islamic State in Sirte as forces try to weed out the terrorist group.

Brett McGur, special envoy of the US President for the anti-IS campaign congratulated militia forces fighting under the Government of National Accord (GNA) for the assault on the terrorist group.

“I just don’t want to get ahead of the situation because it remains pretty fluid. But we’re encouraged by the progress they’re making,” McGurk said.

“They’ve been able to control Sirte by force. But once you have a credible force on the ground that moves against them, there is a chance that they could crack pretty quickly.”

France also welcomed on Saturday the advances made by the Libyan pro-government forces in their offensive in Sirte against the Islamic State group.

The French Foreign Ministry said in a statement that the pro-government forces have “led a crucial battle” against Daech (Arabic acronym for IS) and have progressed rapidly in their offensive against the IS group over the past few days, retaking the port and several neighborhoods.

“The victory against Daech goes through the political unity of the country, under the authority of the Presidential Council and the GNA,” the ministry said, calling on all the Libyan parties to work in that direction, especially in building a united and inclusive national army.

Militia forces aligned with the GNA have made since Thursday headways in Sirte; hometown of former Libyan leader, Muammar Gaddafi. IS entered the city in 2014 feeding on political rivalries. It turned the city into its command center in the North Africa region.

GNA-affiliated forces on Friday pounded IS fighters’ position in and around the city, reports say.

Also on Thursday, the Pentagon put hands together for the GNA forces as they entered Sirte.

“We certainly are encouraged by the progress we see those government forces making and we will continue to watch it very closely,” Pentagon press secretary Peter Cook said.

“The fact that they are now under pressure in Libya… we think is a good thing and suggests that the Government of National Accord and the forces supporting that government are making progress.”

GNA forces are not the only military power bearing down on IS. Forces led by Gen Halifer Haftar of the Libyan National Army under the Beida-based rival government are also marching towards Sirte. The advance of Haftar-led forces leaves analysts wary of a likely confrontation which they fear may play in favor of IS.

GNA Head, Faiez Serraj, has urged all Libyan forces engaged in the anti-IS combat to unite under his authority.