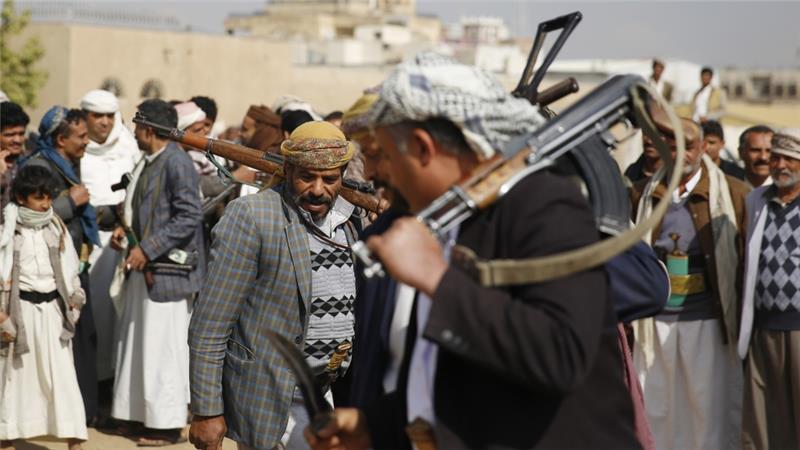 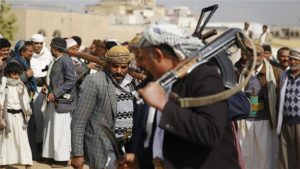 UN special envoy for Yemen Ismail Ould Cheikh Ahmed called on politicians to refrain from politicizing the discussions for the release of detainees underlining that “this issue is humanitarian in the first place and should not be politicized” as he yearned for “the return of the detainees to their families as early as possible.”

In a released statement, he urged those engaged in the talks to remain steadfast before adding “political parties should not manipulate the issue of detainees to serve political ends anymore.”

The first round of the prisoners exchange between the Houthi Movement and allies and the Yemeni government backed by the Saudi-led coalition was held in Taiz.

Local media reported on Wednesday that the Houthis released 16 members of pro-government forces while the government released 19 in exchange.

It was the first prisoner exchange between the two sides and other swaps are expected to follow before the beginning of Ramadan with the committee of prisoner affairs, established by the ongoing Kuwaiti talks, having held a session for both sides to report on the detainees under their custody.

The two sides have submitted to UN mediators lists of about 7,000 prisoners, including political detainees.

The exchange of prisoners is expected to serve as a goodwill gesture that will boost trust and build confidence between the two warring parties in order to discuss key issues that would help to bring peace to Yemen such as the government’s demand for the compliance of the rebels to UN Security Council resolution 2216.

Apart from the fighting between the Houthis and government forces, militants of the Islamic State and al-Qaeda are terrorizing the country with suicide attacks and plots targeting security forces.