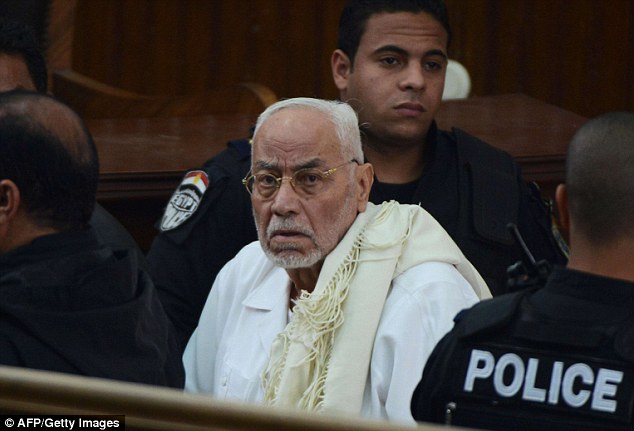 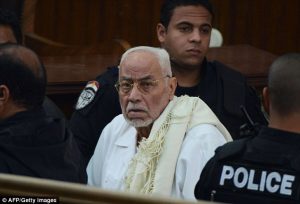 Mohamed Badie, the Supreme Guide of the banned Muslim Brotherhood, was sentenced to life imprisonment on Monday together with 35 members of the organization for their roles in the clashes in Ismailia that left three people dead.

The incidents took place during the weeks of violence that followed the ousting of President Mohammed Morsi in a military-backed coup d’état led by al-Sisi in July 2013. Morsi is considered as Egypt’s first president to be elected in free and fair elections.

Mohamed Badie had been sentenced to death in three previous trials. The Court of Cassation revoked two of the death sentences and ordered retrials. An appeal against the third death penalty is currently under deliberation.

The Monday verdict handed some of the defendants jail terms ranging from 3 to 15 years.

Muslim Brotherhood’s Freedom, Justice political party had claimed in 2013 that the charges against Badie and his comrades were “trumped up”, and “political.”

Under the Sisi administration, the Muslim Brotherhood and its entities were blacklisted as a terrorist organization and demonstrations organized by them were forcefully dispersed.

Hundreds of Muslim Brotherhood members have received death sentences in mass trials since the end of the Morsi regime but many sentences were overturned in appeal courts.