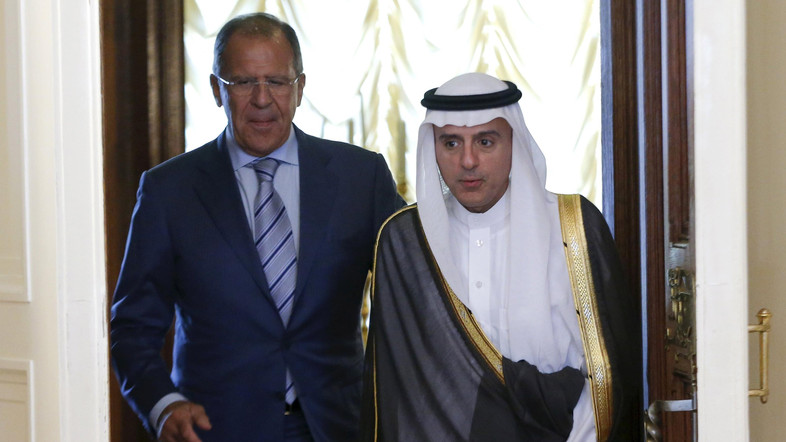 Jubeir told a press conference at the end of the meeting that the GCC and Russia share “historical ties and common interests.” He said the two sides are cooperating “to confront the challenges facing the region.”

It was the fourth joint ministerial meeting between the two sides and Lavorv is already looking to the fifth meeting “as soon as possible,” which, he said, would also help to “accelerate the intra-Syrian negotiating process with a view to approaching the fulfillment of the tasks set by the UN Security Council.”

The two sides discussed the conflicts in the MENA region and stressed the need for the region to be a nuclear weapon free zone.

Moscow took note of the GCC’s deep concern of the continued launching of ballistic missiles in the Gulf; a complaint from the Gulf directed at Tehran.

Lavrov said Russia, a close ally of Iran, “would like to help solve specific problems” that have affected ties between Tehran and member states of the GCC.

Jubeir applauded Russia’s support to the Palestinian Cause while Lavrov hailed Riyadh’s leading role in the Arab and Muslim World against terrorism with the creation of an Islamic military alliance. Exchanges between Gulf States and Russia have been increasing. Moscow wants to expand its market and consolidate its investment presence in the Gulf. It is eyeing the conclusion of agreements in the oil and nuclear energy fields.