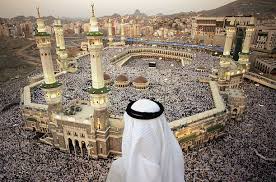 In the latest developments over the Hajj feud between Iran and Saudi Arabia, the Saudi hajj ministry undersecretary Hussein Sharif said talks with an Iranian delegation on Wednesday ended on a “positive” note.

The talks reviewed the “arrangements, as well as organization and services” for pilgrims, he said, adding that Iranians aspiring to perform hajj this year could “use electronic visas which could be printed out.”

Although the positive steps made at the talks are yet to be officially finalized, there are reports that Iran will maintain its allocated 63,000 visas.

The Saudi official’s remarks sounded like a compromise between the two sides as Iran was demanding that Riyadh issues visas through the Swiss embassy in Tehran, which caters for its interests since the closing of its own embassy in January while Riyadh demanded that pilgrims travel to other countries to obtain visas at the Saudi embassies there.

If the visa issue seems solved, the difference over the air carrier is still pending. Sharif told Alriyadh that “directives concerning the air carrier will come from the Saudi civil aviation authority.” Tehran wants to use its national carrier but Riyadh has objected to it. He however stated that Iran agreed to all “Saudi regulations and conditions related to Hajj.”

Iran has not made any statement regarding the meeting although it had confirmed that it was held at the invitation of the new Saudi Hajj minister.

The last hajj season was sorrowful as more than 2400 pilgrims died in a stampede in Mina; including 464 Iranians. Tehran blamed Riyadh for incompetency.