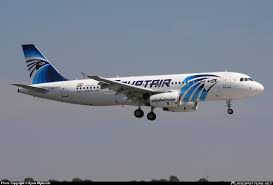 On Thursday, an Airbus A320 of EgyptAir flying from Paris to Cairo, with 66 people onboard, including 10 crewmembers, disappeared from the radar while in Egyptian airspace.

The circumstances surrounding its disappearance are yet unknown because it didn’t send out any distress message.

The airline warned against “all misleading information published by news websites and on the social media channels” because “the reason of disappearance hasn’t been yet confirmed.” The passengers included 30 Egyptians, 15 French, 2 Iraqis and one from each of UK, Belgium, Kuwait, Saudi Arabia, Sudan, Chad, Portugal, Algeria and Canada.

Egyptian Prime Minister Sherif Ismail said there was “no distress call” but they received a “signal” from the plane as he reluctantly stated that he can’t “rule out” any scenario regarding the disappearance of EgyptAir flight MS804.

The announcement affected Egyptian stocks and market expert, Moustafa Badra, said the drop in the main index “was driven mainly by uncalled for panic by investors but also others were making profits from the last few session’s gains.” There are fears that it could be another terror attack following the downing of a Russian aircraft in October over the Sinai Peninsula and claimed by the Islamic State.

Airbus said it delivered the aircraft to the airline in 2003 with engines made by Swiss-based IAE. The plane had logged 48,000 flight hours and the pilot is reported to have at least 6,000 flying hours.