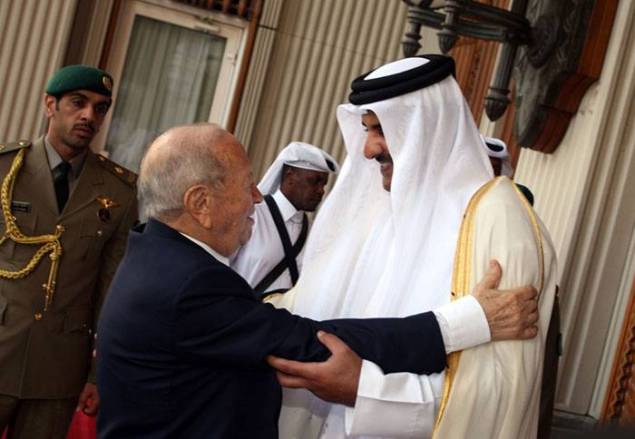 Tunisia has proposed to Qatar the setting up of a $2 billion joint investment fund to be financed by several Tunisian sectors.

The proposal was made during the Tunisian President Caid Essebsi’s visit to Qatar.

The fund, according to Mohamed Kooli, a board executive member of the Tunisian Confederation of Industry, Trade and Handicrafts, presents “tremendous opportunities” citing that sectors such as agriculture, animal husbandry and components of automotive sectors could all be ventured into amongst other sectors.

Qatar Chamber chairman Sheikh Khalifa bin Jassim said after the meeting with the Tunisian president that “Essebsi has assured Qatar of new liberalized laws that would increase Qatari investments in Tunisia.” He said the joint investment venture proposal is being studied.

The North African country is trying to revive its economy hampered by the aftermath of the revolution against Ben Ali’s regime. It is hoping to boost economic and trade relations with Doha as part of its recovery program. Sheikh Khalifa said “Qatar ranks second among the top global worldwide and the first among Arab investors in Tunisia.” France is the biggest international investor in Tunisia followed by Qatar.

Kooli said each country will provide a $1 billion and it could be sourced from the private and public sectors. He is hoping that the funds will follow the success story path of the Qatar Tunisian Food Company, an olive oil repacking plant in Qatar, and its business model. It is 51% owned by Mahaseel (a subsidiary of Hassad Food) and 49% by a number of Tunisian companies.

Chairman Sheikh Khalifa said a delegation of businessmen will be visiting Tunisia around the end of the year “to discuss mutual co-operation and investment opportunities, including the proposals from Tunisian businessmen, which were presented during the Qatari-Tunisian Business Council.” He pointed out they will study and evaluate the business opportunities presented by their Tunisian counterparts.