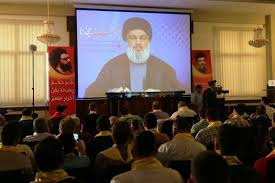 Lebanon’s Central Bank Governor Riad Salameh in a statement about the anti-Hezbollah US sanctions law act stressed that banks operating in the country should comply with it for “achieving the interest of Lebanon and its economy, for the sake of the Lebanese and their savings.” The economic oriented sanction voted last month by the US bars the Lebanese-based politico-military group from the global financial market under the Hezbollah International Financing Prevention Act in order to paralyze the group’s activities.

Salameh explained that although it is “an American law” to be implemented globally, in Lebanon it would be in accordance with “Memo 137” issued by the Central Bank at the beginning of the month which itself is “a Lebanese legal obligation.” He called on banks to “offer justifications” and consult the Central Bank before suspending the accounts suspected of violating the sanctions law and await the findings of its Special Investigation Committee.

The effect of the law on the economy is still unclear, but it is expected to affect more than 100 individuals and entities linked to Hezbollah. Lebanon’s banking sector accounts for around 6% of gross domestic product. The law is expected to target those funding the activities of the group which has openly admitted that it is present in the Syrian and Iraqi war against Islamist extremist groups. Hezbollah is a major political force in the country and has played a role in the presidential stand-off that has lasted for more than two years.

Ahead of the implementation of Memo 137 which “confirms the compatibility of the work of banks in Lebanon with the international obligations,” Salameh added that “article 70 of the Monetary and Credit Act requires the Central Bank to ensure credit stability which cannot be secured without implementing this US law.” US Treasury officials will visit Beirut for talks with the central bank before the implementation begins.