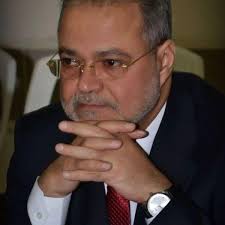 The delegation of the Yemeni government has withdrawn from the UN-led talks with the Houhti Movement in Kuwait and blamed the latter for time wasting.

Foreign minister and head of the delegation, Abdulmalek al-Mikhlafi, tweeted that the rebels “torpedoed the talks completely” with a U-turn on their commitments, which, he said, includes “rejecting the references and other foundations such as the legitimacy” of the government.

The Tuesday session was cancelled and hours later, the Yemeni delegation held a press conference during which Mikhlafi stated that UN special envoy Ismail Ould Cheikh Ahmed has been informed “to bring a document signed by the rebels wherein they recognize the basic references and the UN Security Council resolutions.” The fate of the month long talks seems to be tied to it because Mikhlafi underlined that “if they sign and comply, we will go back to the talks … If they don’t comply, the talks will then have no meaning… They become a waste of time.”

The Houthi Movement is yet to release a statement or comment on the latest developments as the Yemeni delegation accuses them of being only interested in transitional power-sharing discussions instead of focusing on key issues amongst which is U.N Security Council resolution 2216 that calls for the withdrawal of rebel troops in occupied territories and handing over of arms.

The setback came two days after special envoy Ismail said he was optimistic of a peace deal but Mikhlafi warned that the talks in Kuwait are facing their “last chance.”

The war in Yemen has been going on for more than a year with an estimated 6,400 people killed and 2.8milion displaced according to UN data.