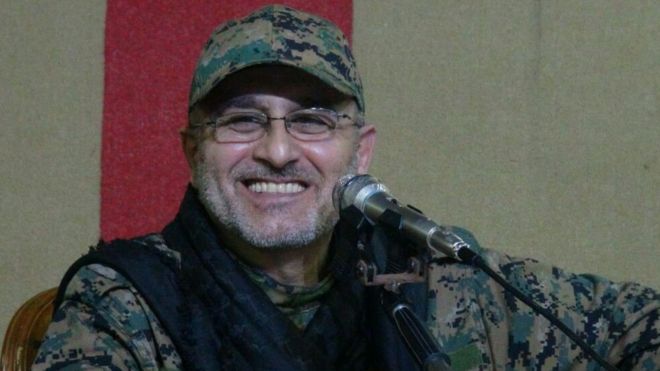 A statement from Hezbollah confirmed the death of its top military commander, Mustafa Badreddine, in an explosion in Syria and hailed him as “great jihadi leader.” The group said investigations are ongoing and it could only establish that he was killed in “a strong explosion” that targeted one of its centers near the Damascus International Airport.

The blast which wounded several other persons was not claimed by any side. The Beirut-based Al Mayadeen TV claimed that it he was killed in an Israeli air raid but withdrew the report shortly afterwards.

Hezbollah stated that Badreddine, 55, was “following a life full of Jihad, captivity, wounds and great qualitative achievements” and praised him for “his bitter fight” against extremist groups in Syria.

It is unclear how his absence will affect Hezbollah, but his demise was described as a big blow to the group because he was supervising its military actions in Syria fighting alongside pro-Assad forces.

Badreddine was wanted for his alleged role in the murder of former Lebanese Prime Minister Rafik Hariri in 2005. He has been tried in absentia near The Hague before his death. Hezbollah’s ties with Arab states have worsened over the years, especially in the Gulf, due to its role in Lebanese politics, close ties with Tehran and strong support to President Assad. The group used to be a symbol of Arab resistance against Israel but was classified this year as a terrorist organization by the Gulf Cooperation Council followed shortly after by the Arab League.