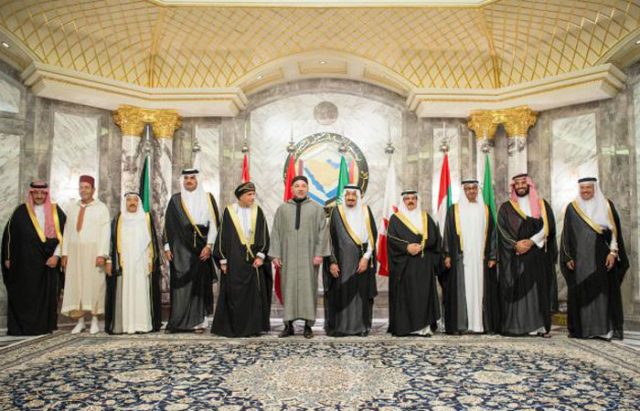 King Mohammed VI has gained strong support from Arab Gulf leaders regarding the Sahara issue during the 1st Morocco-GCC summit held this week in Riyadh.

Morocco expelled dozens of UN civilian staff from MINURSO after the disrespectful remarks made by UN Secretary-General Ban Ki-moon during his last month tour in the region.

Moroccan authorities said the decision was irreversible, but that it was committed to military cooperation with the UN.

Saudi Arabia’s King Salman expressed in an opening address support to his long-time North African ally in its row with Ban Ki-moon who lost neutrality required from any UN peace mediator.

“We stress our mutual solidarity and support for all the political and security issues which concern your brotherly nation, foremost among them the Moroccan Sahara issue, and we reject completely any prejudice to the higher interests of Morocco,” he said.

In their joint statement released following the Morocco-GCC Summit, Arab Gulf rulers said the Sahara is Moroccan and voiced their full support for the Morocco-proposed autonomy plan as the basis for any solution to this artificial regional dispute.

They also expressed their commitment to collective defense of the security and the stability of their countries, and respect for countries’ sovereignty, territorial integrity and national constants.

The Arab leaders denounced attempts aimed at undermining security and stability, and the dissemination of separatism to redraw the map of nations or splitting them, which threatens regional and international security and peace.

The summiteers said that Morocco and the GCC countries constitute a strategic unified bloc seeking peace and stability in the region and the world.

In his address before this historic summit, King Mohammed VI said despite the geographical distance, Morocco and GCC countries “are bound by solid relations that, in addition to language, religion and civilization, include a commitment to the same values and principles and the same constructive policies.”

He also said: “Thanks to our shared determination, we have managed to lay the foundations for a solid strategic partnership, which is the result of fruitful bilateral cooperation.”

For King Mohammed VI, “the Moroccan-Gulf partnership is not the result of transient interests or calculations. Rather, it derives its strength from a firm belief that ours is a common destiny and that we hold the same views on issues of common concern.”

The King of Bahrain, Hamad bin Isa Al Khalifa, said that the speech delivered by King Mohammed VI on Wednesday in Riyadh at the Morocco-Gulf Countries Summit has clearly stressed the need for joint action to deal with the current situation and advocated promoting partnership for the welfare of all brotherly countries.

In a statement relayed by the Bahraini News Agency, King Hamad praised the depth of the brotherly relations linking Morocco and the GCC countries and pledged that the recommendations, ideas and visions emerged at the Summit “will be placed at the top of our priorities to achieve the sought objectives.”

“The presence of King Mohammed VI among us is an eloquent illustration of this complementarity between the GCC countries and Morocco. This is a blessed day for all peoples of the region, “said the Bahraini sovereign, adding that “It is a great pride to be with His Majesty King Mohammed VI to discuss our present and our bright future,” he said.