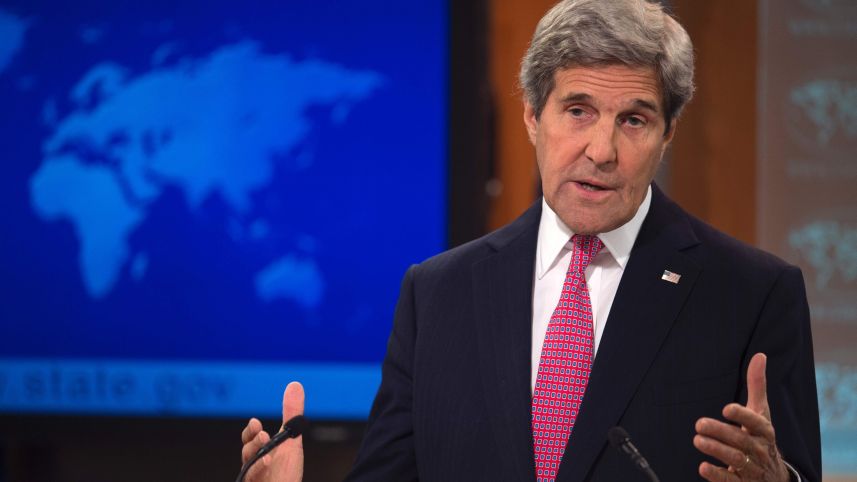 US Secretary of State John Kerry underlined Monday the Obama Administration’s determination to bring warring Palestinian and Israeli sides to peace talks before President Obama and his team walk out of the White House.

“Despite the fact that we have spent time and effort to try to get there for these past few years I can tell you that for these next nine months we will not stop working to find a way,” Kerry told guests at a gala dinner in Washington organized by left-leaning advocacy group J Street.

Kerry also called on both sides to choose the path of peace while adding that pro-peace factions on the two sides understand the necessity of the two-state solution.

“And so we will continue to advance the two state solution as the only solution, because anything else will not be Jewish and it will not be democratic,” he argued.

Kerry’s comments contradict those of Obama in March. Obama in March pointed out that given the current state of affairs in the region it would be utopic to expect peace marked by two states independently living side by side.

“There’s been talk about a one-state solution or sort of a divided government. It’s hard for me to envision that being stable, there’s such deep distrust between the two peoples right now,” Obama had said during his visit in Argentina.

Obama’s attempt to relaunch talks between Israel and Palestine halted in 2014 after a couple of rounds during which the opposed sides failed to build bridges.

The situation between the two sides went south over the past months with repeated knives attacks by Palestinians protesting against Israel’s continued settlement policy. More than 120 Palestinians against 28 Israeli have been killed at the heart of the tension.