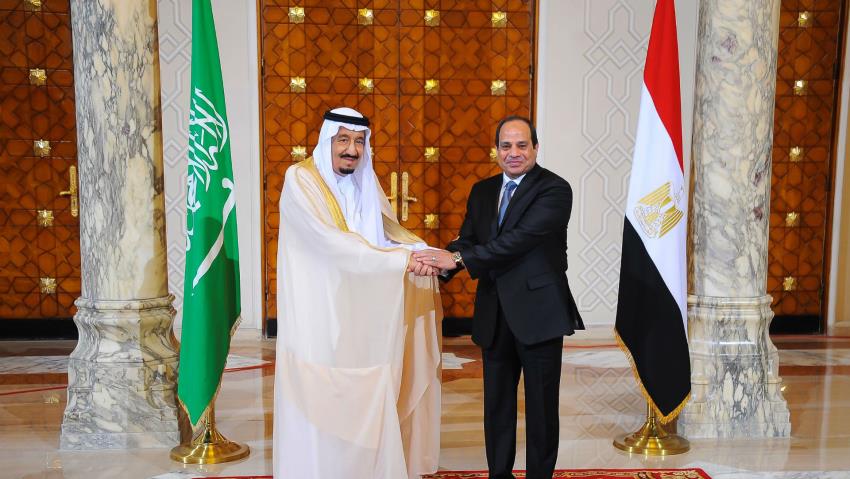 Visiting King Salman announced Friday, on second day of his visit, the construction of a bridge to connect Egypt and Saudi Arabia, a project deemed historic by analysts.

The Saudi monarch who arrived in Cairo on Thursday made the televised announcement during the signing of several cooperation agreements.

The two countries signed at least 17 agreements and memoranda of understanding, estimated at $1.7 billion.

Saudi Arabia will finance an array of projects including construction of a university, housing projects in South Sinai,and a power plant.

King Salman will also enter history as he is expected to meet the head of the Coptic Orthodox Church, Pope Tawadros II.