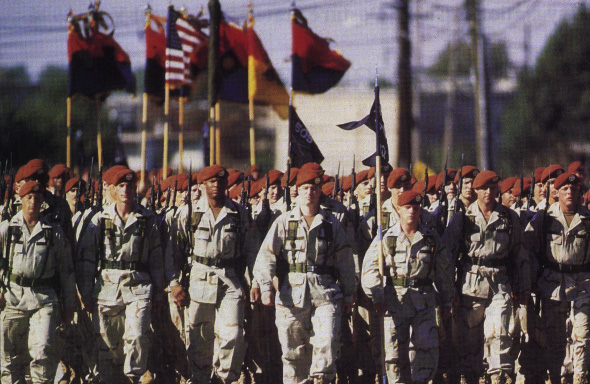 US troops stationed at the North Camp military base in el Gorah could be pulled out of the area due to security concerns, according to US officials.

The growing threats posed by militants of the Islamic State in the Sinai Peninsula prompted the US to consider relocating its troops further south.

The American military are deployed in the Sinai part of a Multinational Force and Observers (MFO) mission monitoring the 1979 peace treaty signed between Egypt and Israel.

Talks are reportedly ongoing between the US, Egypt and Israel because the move will require the approval of all the signatories to the treaty.

The North Camp is the largest installation under the MFO but it is not expected to be shut down if the relocation is approved because there are Colombian troops at the base. However, the withdrawal of the US troops is expected to affect the functioning of more than 20 additional sites, including observation posts and checkpoints.

Defense officials who spoke to CNN stressed that the US will nonetheless be able to fulfill its treaty obligations. The number of troops to be withdrawn from el Gorah is not yet known but US has around 700 men in the mission.

Spokesman Christopher Sherwood of the Defense Department stated that the Pentagon supports the efforts of MFO in supporting the Treaty of Peace between Israel and Egypt and they will continue to collaborate with the mission and “adjust force protection capabilities as conditions warrant.”

IS has launched several attacks in Sinai and Cairo’s fight against insurgency in the area has been fatal as the extremist group continues to resist.