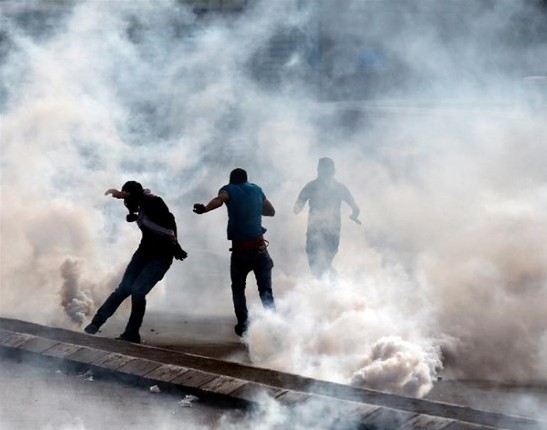 The Israeli Prime Minister and the Israeli President Monday offered they were ready to meet Palestinian leader Mahmoud Abbas after he suggested he was available for talks with Israeli authorities to end latest surge in attacks.

“A few days ago, on Israeli television, I heard president Abbas say that if I invite him to meet, he’ll come,” Netanyahu said.

“I’m inviting him again,” he said before adding “I’ve cleared my schedule this week. Any day he can come, I’ll be here.”

Asked what he will discuss with Abbas when they meet, Netanyahu said: “We have a lot of things to discuss, but the first item is ending the Palestinian campaign of incitement to murder Israelis.”

The Israeli President Reuven Rivlin also said in the presence of the Czech top diplomat that he too was keen to meet Abbas provided there is mutual trust.

“We need to find a way to build mutual trust. I am prepared to meet him [Abbas] with the coordination of the State of Israel of course.”

Mahmoud Abbas and Palestinians have conditioned direct talks with Israel on the acceptance by Israeli authorities of the two-state solution and freeze of settlements.

Since October tensions have heated up between the two camps with around 200 Palestinians killed against 28 Israelis mostly in stabbing spree by Palestinians who Israel brands “terrorists.”

President Abbas who has been criticized for inciting violence pointed out “lack of hope, lack of trust,” have fed the knife attacks, adding that should Netanyahu engage in serious talks, the attacks will cease.

“If he tells me that he believes in the two-state solution and we sit around the table to talk about a two-state solution, this will give my people hope.” “And nobody will dare to go and stab or shoot or do anything here or there,” he said.